by Mudassir Sheikha and Magnus Olsson 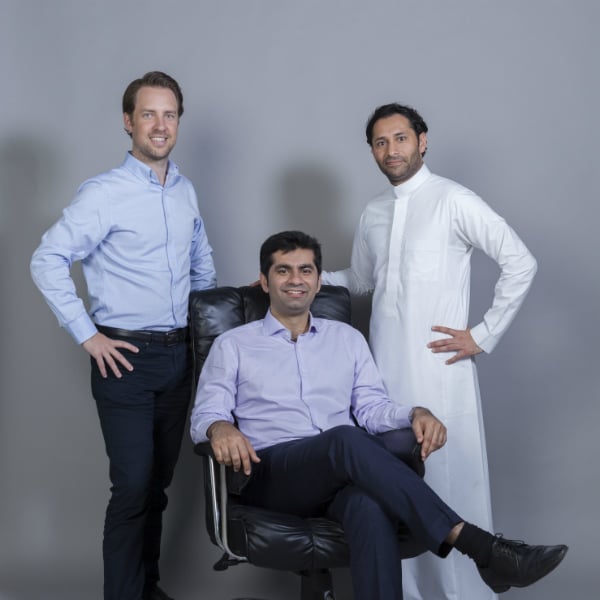 2016 was the year we reached the scale of global significance. Careem started the year as an emerging regional startup out of Dubai and ended the year as a globally recognised leader of ride hailing in the Middle East, North Africa, Pakistan and Turkey.

We spent a large part of the year on regional expansion, launched programmes with local governments to create jobs, built pioneering partnerships with some of the most prominent brands in the region, and remained true to our core mission; which is to improve the region by building services that will simplify the lives of people and by building a world-class institution from the region that will inspire.

During the year, we went from a humble footprint of 14 cities to 48 cities. We now cover all the major cities from Morocco to Pakistan. Our growth continued at 25-30 per cent a month, ending the year with more than six million customers and 150,000 captains.

In our most mature market, Saudi Arabia, we are now in 23 cities thanks to a partnership with the Saudi Commission for Tourism and National Heritage. Our most recent expansion was to Turkey, where we launched an airport pickup and drop-off service for the two airports in Istanbul.

It was also the year where we realised the significant role Careem can play in reducing unemployment. Our aim is to create a million jobs in the region by 2018. We made tremendous inroads on this in 2016.

In Saudi Arabia, we are poised to become the largest ‘employer’ of Saudis after the landmark ruling from the government to let private citizens drive with us. In Pakistan, we signed an agreement with the government’s vocational training arm to create 100,000 jobs. In Egypt, we opened our platform to the 42,000 taxi drivers that were struggling to make a consistent wage. And in Jordan, we are on track to create 10,000 jobs.

We, alongside local governments, are realising that our platform, with the right regulatory framework and assistance, can not only create jobs but also supplement the transportation infrastructure in our cities at no fiscal cost to them.

We continued to innovate during the year to give our customers more choice. The partnership with Emirates allows our customers to earn Skywards miles and redeem them for Careem trips. Similar loyalty-based partnerships were launched with Etisalat, STC, Vodafone and Air Miles.

Amidst all the growth and innovation, we did not forget our responsibility to help those in need, bring focus to important regional topics, and drive some smiles in the region. Our Careem ONE service was launched to provide transport to people with disabilities, and on the eve of unfortunate bombings in Lahore and Cairo, we played our by transporting the victims to hospitals.

Recognising safety as a topic that does not always get sufficient attention in the region, we launched the ‘buckle up’ campaign in the UAE where captains asked people to leave the car if they refused to wear seat belts. And lastly, we tried bringing much-needed smiles to the region, whether it was through our human slingshot brand re-launch video, our on-demand matchmaker service in Saudi Arabia, or asking celebrities to show up as surprise chauffeurs.

We are looking forward to 2017. The recent investment of $350m into Careem has given us the ammunition to accelerate innovation and impact.

We are still very early in this journey. At our current scale, we are dispatching less than 1 per cent of the trips that happen in the region. The majority of people in the region are still unfamiliar with Careem, do not have access to it, or cannot afford it. Our objective is to address these constraints.