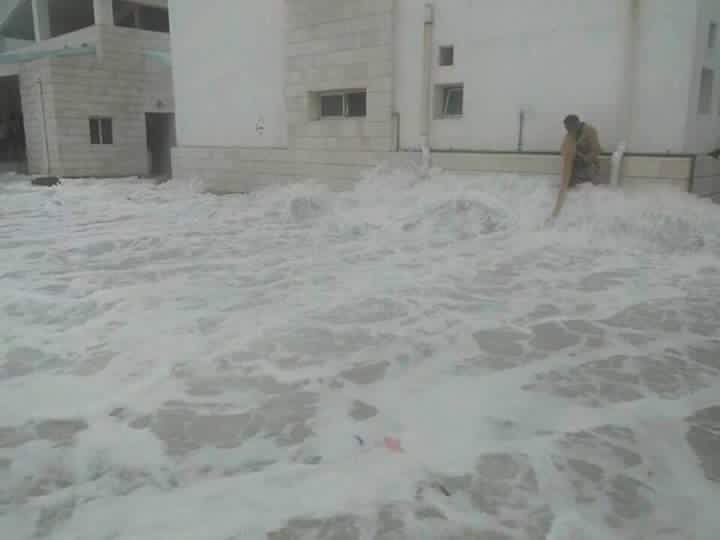 A rare tropical cyclone packing hurricane-force winds lashed the Yemeni island of Socotra on Monday, killing three people and injuring dozens, residents and officials said, as it headed for an Al Qaeda-controlled town on the mainland.

Amateur pictures and videos on social media, which could not be immediately verified, showed torrents of water washing through the provincial capital Hadibu’s streets.

“Three people were killed, around 100 have been injured and hundreds of families were forced to leave their homes in coastal regions for the mountains,” said a local official, without elaborating on the causes of death.

Situated in the Arabian Sea and slightly larger than Majorca or Rhode Island, isolated Socotra is home to hundreds of exotic plant species found nowhere else on earth. Its around 50,000 residents speak their own language.

Also cut off politically from mainland Yemen by a seven-month war there between Iran-allied fighters and a coalition of Arab states led by Saudi Arabia, its impoverished residents are not likely to receive prompt aid.

The U.S. Navy’s Pearl Harbor-based Joint Typhoon Warning Center said the storm, named Chapala, had reached maximum gusts of 240 km (150 miles) per hour, equivalent to a category 4 hurricane. Yemeni officials said it was the most powerful storm the mostly arid and hot country had experienced in decades.

The centre projected the cyclone would make landfall on the mainland just west of the restive port city of Mukalla, which has been run by a tribal council and Al Qaeda militants since the army and government institutions withdrew in April.

Residents there worried that the power vacuum would mean no authorities were in a position to deal with the storm damage.

“The sea water level has risen by nine meters and has destroyed the Mukalla seafront,” said resident Muhammed Ba Zuhair.

“Many people have left there homes and are seeking refuge in schools. No relief or aid efforts are under way by either the tribal council or Al Qaeda, and the situation is really bad.”