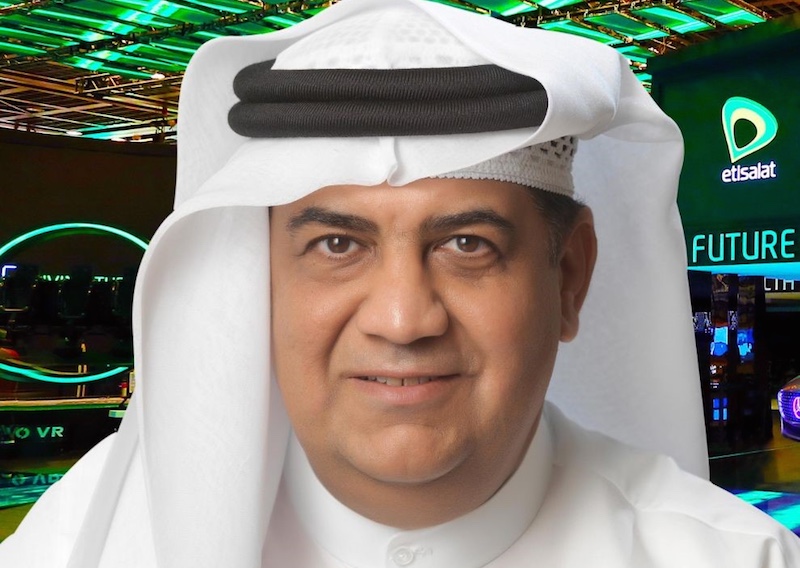 Etisalat has laid a solid foundation in futuristic solutions and next generation technologies over the last year to deliver the best-in-class services while maintaining our focus on digital transformation and the overall customer experience.

We have demonstrated a strong commitment to sustaining technological leadership by investing in emerging and next generation technologies such as 5G, which is a major enabler for the next generation of broadband services and the Internet of Things.

With its implementation, 5G will provide opportunities for economic growth and massive development in the areas of ICT infrastructure, education, employment, transportation and more.

Last year, Etisalat successfully launched the first 5G fixed broadband experience in the region, with a commercial 5G network deployed in certain locations within the UAE. Our main objectives are to generate incremental 5G revenue via new use cases, adding value to shareholders and delivering world-class customer experience.

Our work with Expo 2020 is a testimony to these efforts, with the event site becoming the first major commercial customer for 5G in the Middle East, Africa and South Asia. Such an implementation is a declaration of a new era of digital connectivity and an acknowledgement of 5G’s rich anticipated potential.

The fifth generation network will deliver faster speeds and lower latency and become a critical building block in the economic competitiveness of the UAE. 5G data rates will far exceed the current 4G, providing unlimited access to all kinds of applications and services while driving innovation, efficiency and productivity to a wide range of business and industrial sectors in the country.

Elsewhere, our results in the first half of 2018 showcased our ability to lead and innovate, amounting to a 6 per cent increase in net profit year over year (Dhs4.3bn).

Etisalat has always believed in innovation and technology transformation through a backbone encompassing the most advanced, fastest and widest network in the region. Infrastructure investments have been key to this growth and leadership in the market; in 2018 we have continued investing in the modernisation of mobile and fibre-optic networks and infrastructure development, as well as technologies such as IoT and artificial intelligence.

Our continuous investments over the years have led to major achievements including 3G network coverage reaching 99.98 per cent of the UAE population and 4G LTE covering 98.98 per cent. Fibre-to-the-home (FTTH) coverage now reaches 94.3 per cent of homes across the country, thus maintaining the UAE’s position as a global leader in FTTH, according to the latest report from the FTTH council.

Etisalat’s network cloudification is considered one of the key innovation projects in the coming year. This will bring in efficiency, as we will be able to deliver services in a more cost efficient manner compared to the current model.

In the past few years, we have evolved into an ICT service provider by enabling an ecosystem with an advanced network and futuristic solutions like artificial intelligence and robotics. The UAE ranks number one in digital adoption among Middle Eastern countries having implemented core digitisation initiatives.

As a company our vision ‘Driving the Digital Future to Empower Societies’ is focused on making this digital future a reality by facilitating innovation, creativity and bringing new technologies to our customers across our markets.

In turn, our infrastructure plays a key supporting role in the country’s ambitions to get digitally competitive and bring in digital transformation.
The UAE today leads in global ICT competitive indexes mainly due to the continued development and increased adoption of digital strategies in various projects and initiatives implemented.

As part of our digital journey and strategy, we believe in investing in a future that will lay a foundation of ideas. Our partnership with government-supported accelerator programmes and the launch of the innovation programme ‘Future Now’ is a testimony to the company’s belief and philosophy of working hand in hand with the next generation by providing them the building blocks to create and innovate to make the digital future a reality.

We are also working with entrepreneurs to increase customer adoption of digital self-care channels thereby enhancing customer experience and cutting calls to Etisalat customer care by 50 per cent through AI, analytics and insights and machine learning.

Artificial Intelligence is going to be the game changer in business, contributing $96bn to the UAE economy by 2030 – nearly 13.6 per cent of its gross domestic product (GDP).

We also believe that automated transport will become the norm in the future, and people will no longer differentiate between a ‘cloud’ and a ‘local’. As for play and leisure, the use of robots will become commonplace as will human augmentation.