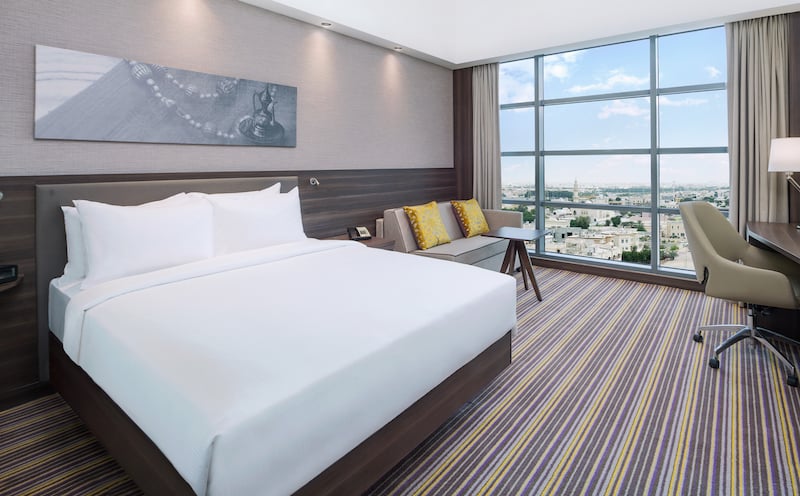 The first Hampton by Hilton hotel in the Middle East – and the brand’s largest hotel globally at 420 rooms – has opened near Dubai Airport Freezone (DAFZA) and Terminal 2.

Hampton by Hilton Dubai Airport raises the midscale bar, particularly its spacious first floor pool and 13th floor gym. The lobby level also has room for guests to roam and, as befits the digital times, the lounge on the left doubles up as a work space with power sockets, free wifi is available throughout and perhaps most conveniently, rooms can be opened with Hilton’s Digital Key, via the Honors app. 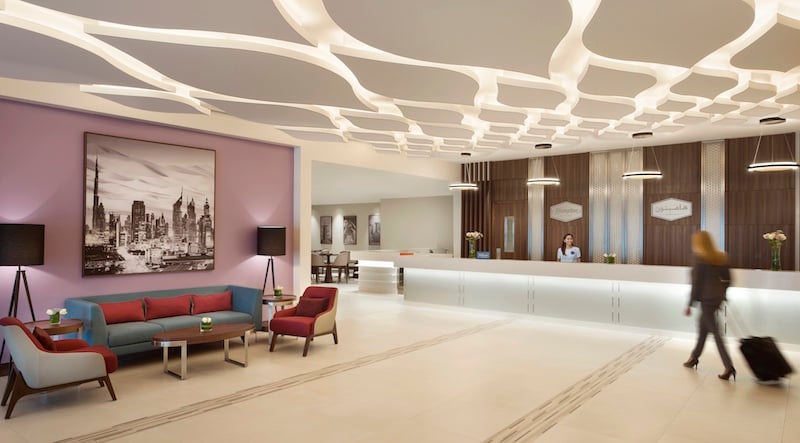 Queen, twin and family rooms are available and Hilton makes much of the ‘comfy bed’, hot breakfast and free wifi which are core to the Hampton brand, though good connectivity will be just as big a draw to executives – I spotted two USB sockets either side of the bed, which is another benefit new build hotels have over older ones. Artworks on a UAE cultural theme are dotted around the lobby, corridors and room numbers. 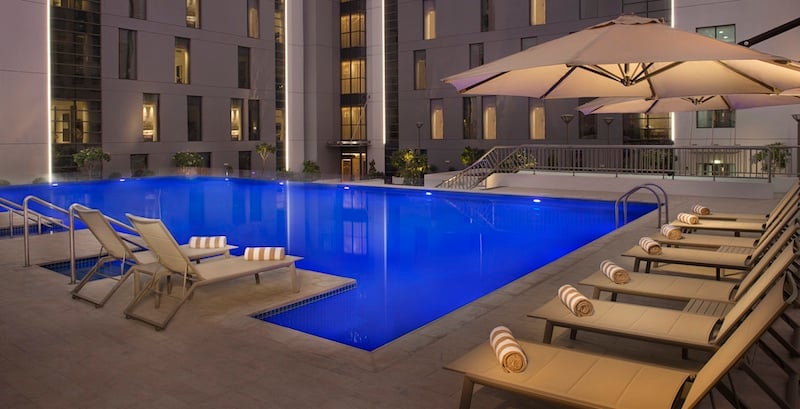 Samarth Bahl, director of Sales, said the hotel’s proximity to DAFZA and government ministries will be “critically important”, along with its ability to pick up early and late arriving passengers at Terminal 2.

“Our first guest checked in at 2.30am and left at noon, and we’re expecting a lot of that kind of business,” he said. Guests will be able to catch free shuttles to DAFZA, Dubai Airport’s three terminals and Dubai Mall.

Four F&B venues are on site although rather unusually, all will be outsourced. A 24-hour snacks counter is located next to reception. One meeting room (72sqm) near the all-day diner contains a large drop-down screen and TV.

The Dubai Airport property will hold the world’s largest title until a 500-room Hampton by Hilton resort opens in Ras Al Khaimah in Q4 2019.