The 21-year-old Slovenian Tadej Pogacar from UAE Team Emirates has won the Tour de France 2020 title, after securing a victory at the penultimate stage 20 on Saturday, September 19.

It is the first time that Pogacar has participated in the 3,470km multiple stage bicycling race, and it also makes him the youngest post-war winner of the Tour.

The 36.2km stage 20 began at Lure and finished atop the La Planche des Belles Filles mountain top in the Vosges.

Heading into that stage, Pogacar had a gap of 57 seconds to make up on fellow Slovenian, Roglic.

Pogacar powered through and not only closed that gap, but raced up La Planche 48 seconds faster than anyone else to finish the stage with a time of 55 minutes and 55 seconds. 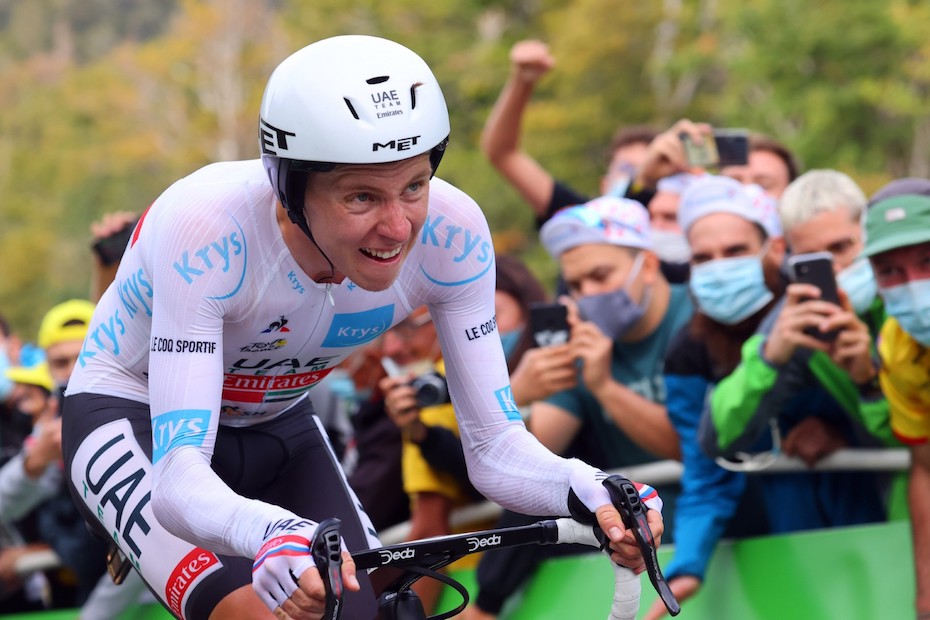 The 36.2km stage 20 began at Lure and finished atop the La Planche des Belles Filles mountain top in the Vosges. (Photo POOL/BettiniPhoto©2020)

“I don’t know what to say. I think I’m dreaming. I’m really proud of the team. They did such a big effort. We were dreaming of the yellow jersey from the start and we achieved it. It’s amazing,” said Pogacar.

“It was not just me today, we needed the whole team for the recon. I knew every corner and knew exactly where to accelerate. Congratulations to all my team. I was listening to my radio in the first part but then on the climb I didn’t hear anything in the final five kilometres because the fans were too loud, so I just went full gas from the bottom to the top,” he added.

“My dream was just to be on the Tour de France and now I’ve won it. It’s unbelievable.”

The final 122km stage 21 of the race – a largely symbolic one – will he held on Sunday, September 20, with participants making their way from Mantes-la-Jolie to Paris Champs-Élysées.

Besides winning the yellow jersey, Pogcar has already won the King of the Mountain’s polka dots jersey and the best young riders’ white jersey too.

Pogacar also became the youngest cyclist ever to win a World Tour race last year when he won at the 2019 Tour of California.