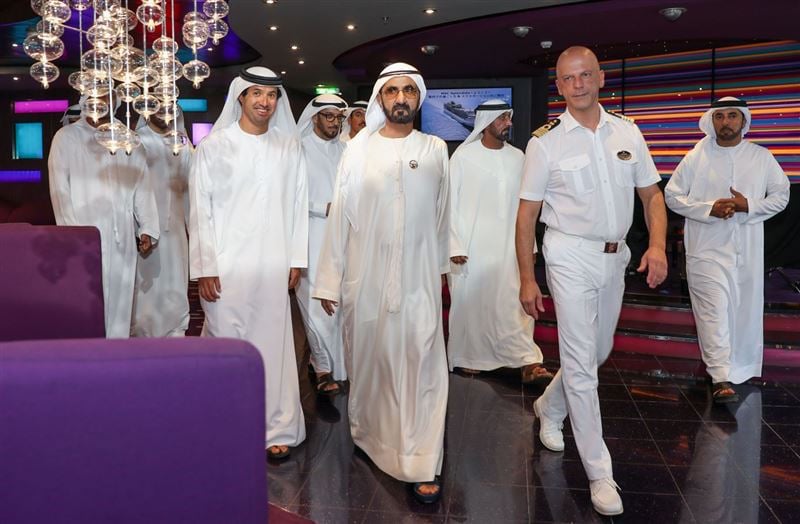 He was welcomed by ship’s captain and briefed on the various facilities the gigantic cruise ship offers, a statement said. 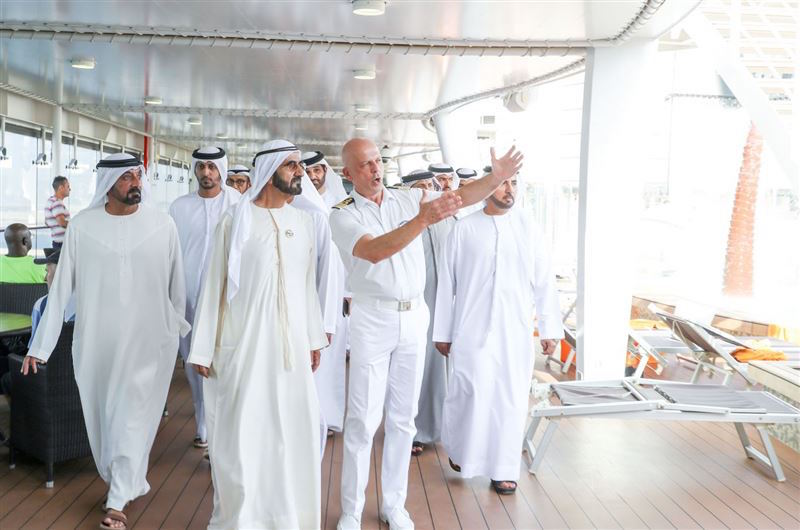 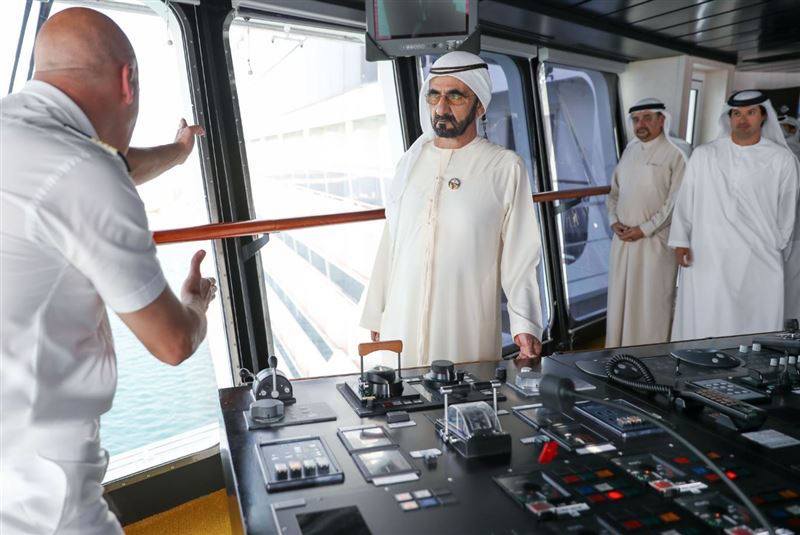 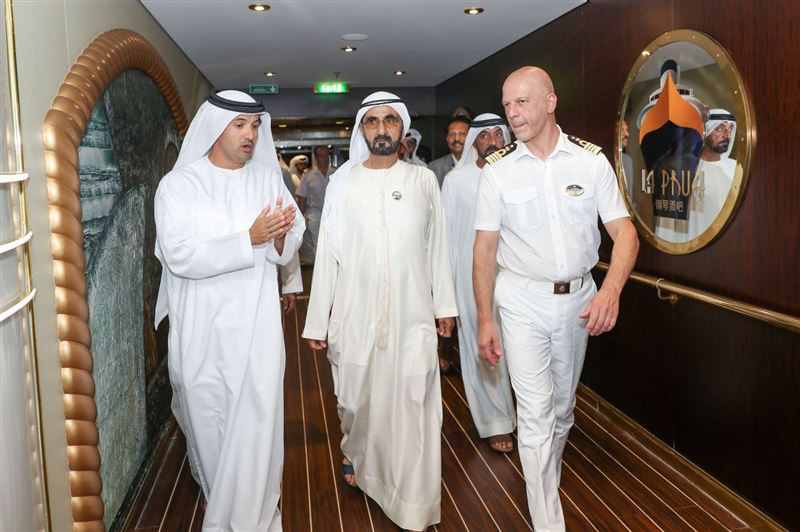 Sheikh Mohammed highlighted the “openness of the UAE as a friendly tourist destination” and added that creating the right environment is “essential to sustain economic growth and open new horizons of cultural exchange between nations”. 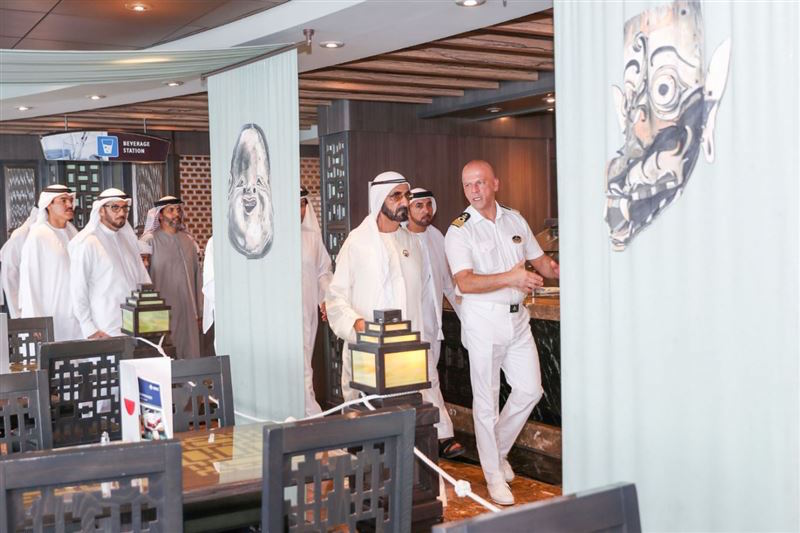 Dubai is aggressively looking to boost its cruise tourism sector.

Late last year, Dubai Tourism officials revealed that the emirate expects the number of cruise tourists to touch one million by 2020.

Dubai’s Hamdan Bin Mohammed Cruise Terminal received over 2.3 million tourists since its inauguration in 2014 up to the end of 2018, it was revealed earlier this month.