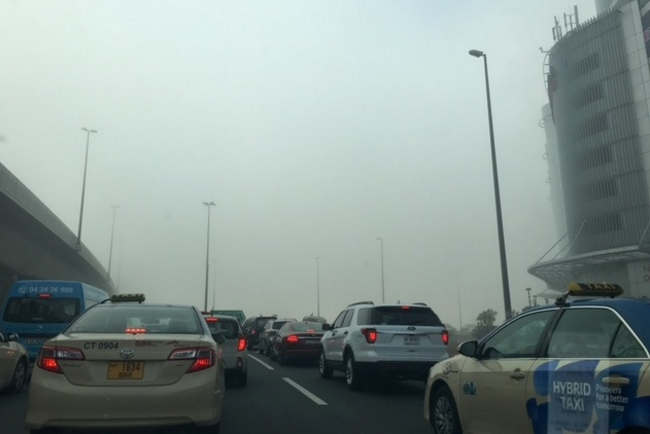 Officials have warned of poor visibility in parts of the United Arab Emirates with heavy to light fog expected on Wednesday.

“Chance of fog formation with poor visibility over some internal areas, especially in the central and the western regions,” the National Centre of Meteorology and Seismology said on its Twitter account.

Roads in Dubai were enveloped with fog this morning.

Dubai police also took to Twitter to caution motorists. “We request the drivers to drive carefully and safely due to a heavy fog on internal and external roads,” it said.

“Leave enough distance between vehicles ahead and do not overtake the front vehicles.”

Meanwhile the NCMS has also warned about heavy rainfall in parts of the country on Wednesday.

“The amount of clouds will increase over scattered areas, especially over northern and eastern areas,” its daily weather bulletin said.

The lowest temperature this morning was 5.4 degrees recorded at the Jais mountain at 6.45 am.