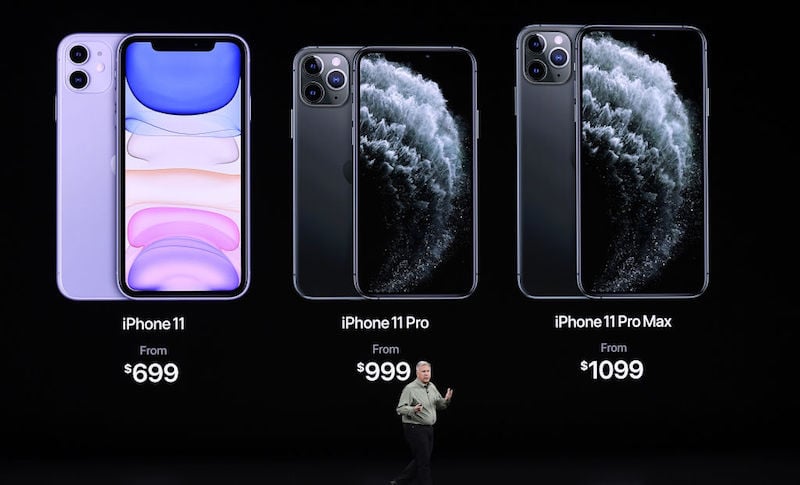 Featuring the “brightest display” ever in an iPhone, the devices include a A13 Bionic chip with improved battery life. They also feature a new triple-camera system with an ultra wide, wide and telephoto camera, to get better low-light photos. 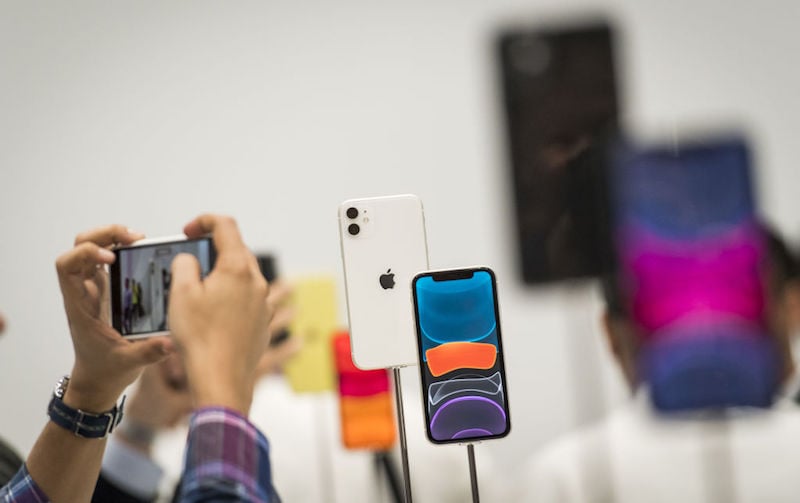 They also feature the “toughest glass” ever in a smartphone and are claimed to have better water resistance. 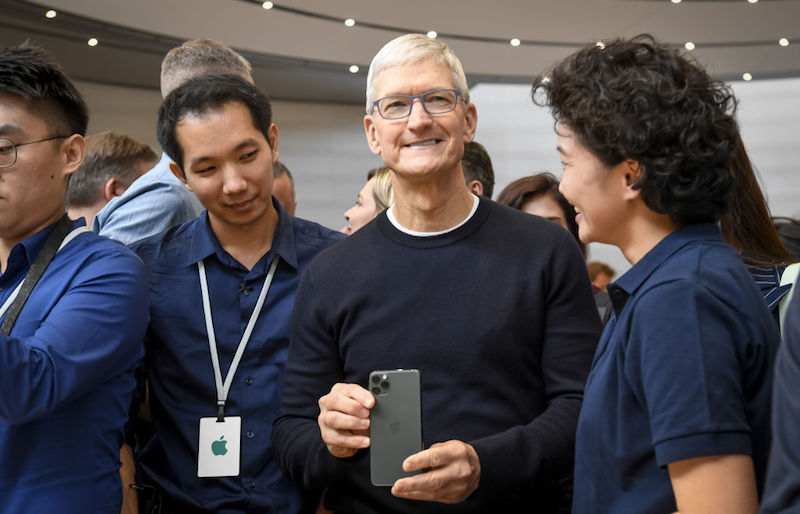 “iPhone 11 Pro and iPhone 11 Pro Max are the most powerful and advanced smartphones we have ever made,” said Phil Schiller, Apple’s senior vice president of Worldwide Marketing.

“iPhone 11 Pro has the best camera we’ve ever made,” he added. 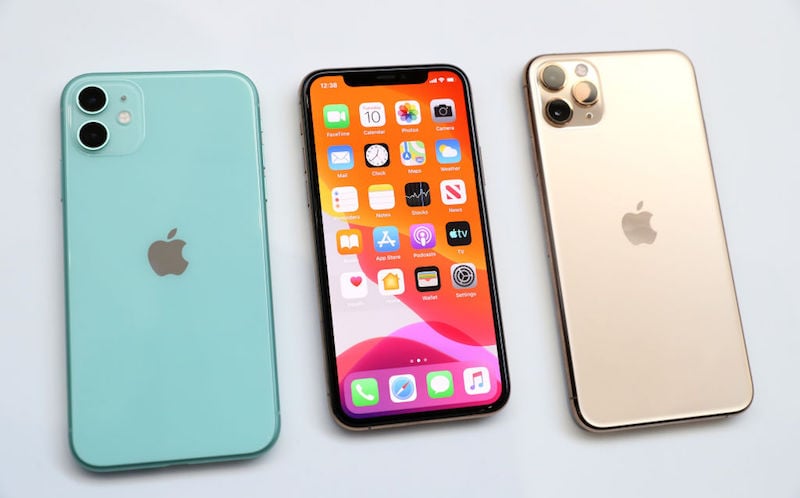 Apple also introduced the iPhone 11 as the successor to its more affordable device, the iPhone XR.

Featuring a dual-camera system, the iPhone 11 also includes the A13 Bionic chip and has improved water resistance.

It comes in six colours including purple, green, yellow, black, white and red, and will be available in 64GB, 128GB and 256GB models starting at Dhs2,949.

It is also priced at Dhs2,069 with trade-in from apple.com.

“The biggest news from the Apple launch was the price cut for iPhone 11,” Chris Caso, an analyst at Raymond James & Associates, wrote in a note to investors.

“We view this as an admission that Apple stretched too far with the price points at last year’s launch.”

The new launches from Apple comes even as the GCC smartphone market totaled 4.7 million units in the second quarter, up 19 per cent year-on-year spurred by Saudi Arabia, the UAE, and Qatar, according to IDC.

“Smaller GCC markets like Bahrain, Oman, and Kuwait have seen their smartphone markets contract due to a reduction in consumer spending caused by the introduction of new levies, a difficult job market, and changing government policies,” said Akash Balachandran, a senior research analyst at IDC.

“By contrast, Saudi Arabia’s smartphone market is seeing growth as the market finally stabilises following all the upheaval caused by domestic policy and regulatory changes in recent years.”

In the long term, IDC expects the GCC mobile market to expand at a five-year compound annual growth rate (CAGR) of 2.9 per cent through to 2023.

“Major events in the region, such as Expo 2020 in the UAE and the FIFA World Cup 2022 in Qatar, along with an anticipated recovery in the GCC’s smaller markets, will help sustain smartphone growth in the long term,” said Nabila Popal, a senior research manager at IDC.

“This growth will be further fueled by the introduction and rapid proliferation of 5G devices and other form factors, such as foldable devices, that are also expected to drop in prices quite rapidly towards the end of the five-year forecast period.”

GMG to ramp up growth in Southeast Asia, aims to launch 100 stores by 2025