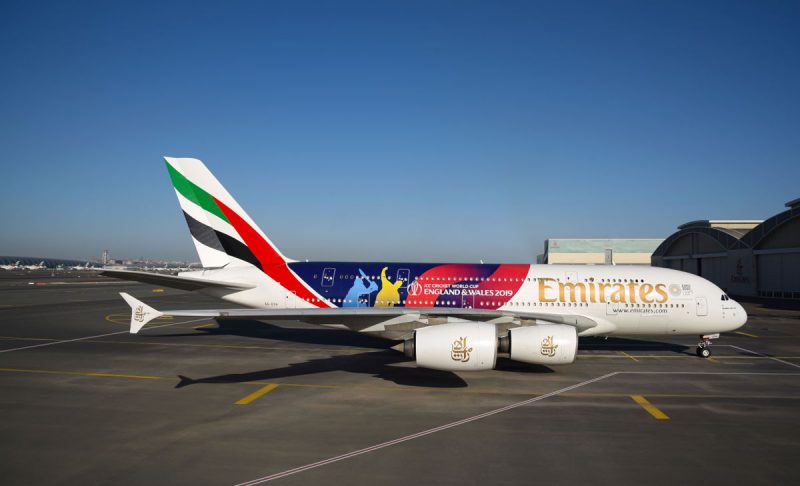 Dubai airline Emirates has revealed its ICC cricket world cup 2019 themed A380 livery ahead of the sporting events this year.

The jumbo jet features a decal of the ICC men’s cricket world cup, which runs from May 30 to July 14 in England and Wales.

Former India cricketer Virender Sehwag and Emirates sponsored Lancashire team players Saqib Mahmood and Tom Bailey helped to marshal the aircraft out of the Emirates Engineering hangar, where the decal was installed. 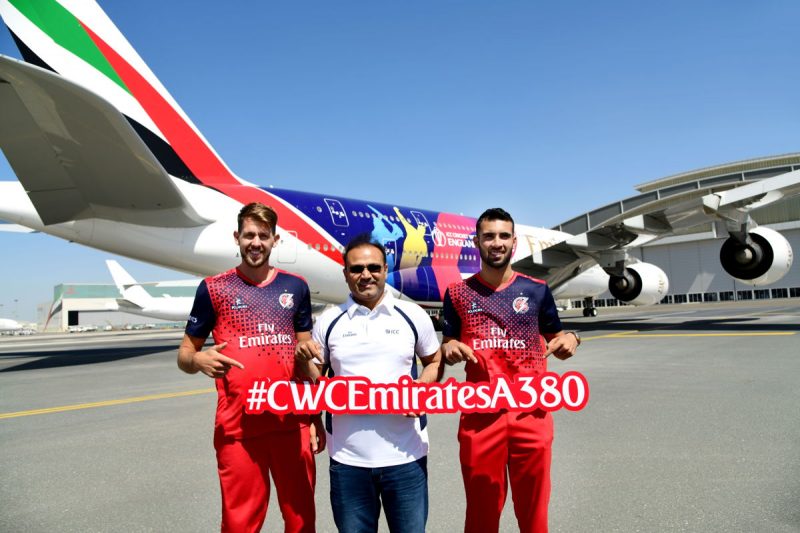 The decal covers a substantial area of 694sqm on the Emirates A380 fuselage and includes player silhouettes batting and bowling against a backdrop of shades of purple and pink.

It was installed on A6-EOH, which is scheduled to fly on Monday to London Heathrow in the UK, the host nation of the ICC men’s cricket world cup 2019. 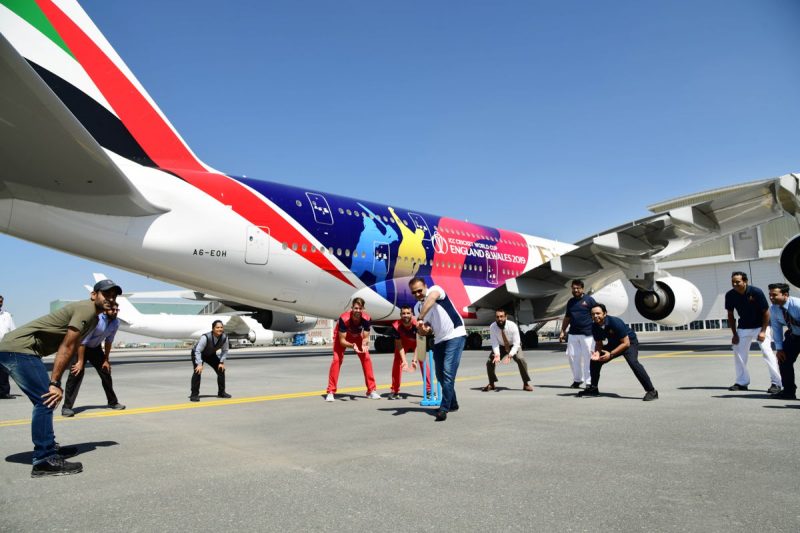 Over the next few months, the aircraft is expected to fly to other UK points including Manchester and London Gatwick as well as Johannesburg, Mumbai and other destinations served by the A380 in Australia and New Zealand.

Emirates will also be flying most of the national teams to the tournament, which will see teams competing from England, South Africa, Pakistan, India, West Indies, Afghanistan, Australia, New Zealand, Bangladesh and Sri Lanka. 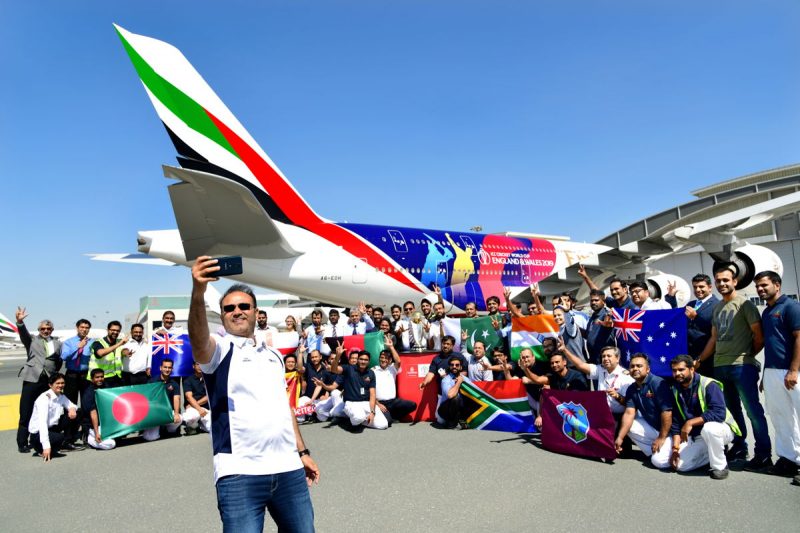 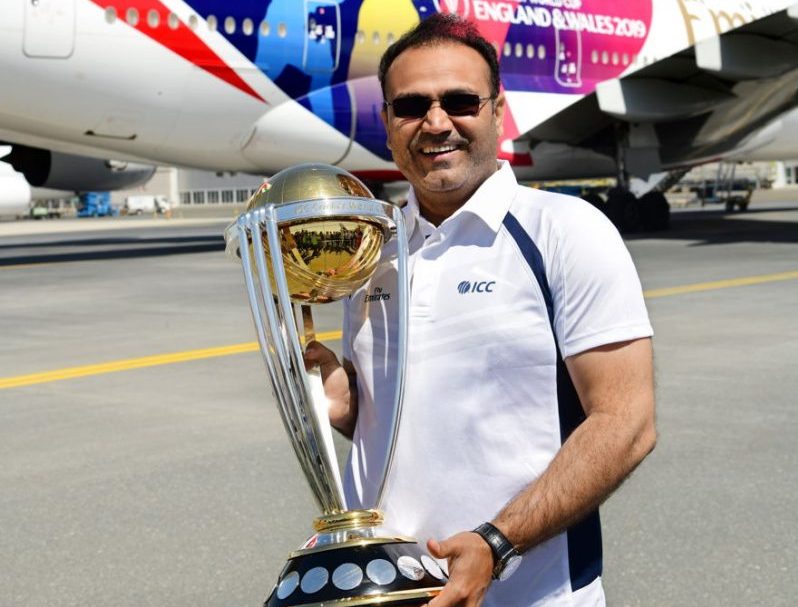 Boutros Boutros, divisional SVP, Corporate Communications, Marketing and Brand for Emirates Airline said: “Emirates directly serves customers in nine nations participating in this year’s ICC Men’s Cricket World Cup, and we look forward to sharing the excitement of this passionate sport with cricket fans and communities around the world.”

Emirates has been a global partner of the International Cricket Council (ICC) since 2002, and is a sponsor of both the ICC cricket world cup 2019, and the event’s match officials including umpires and referees.