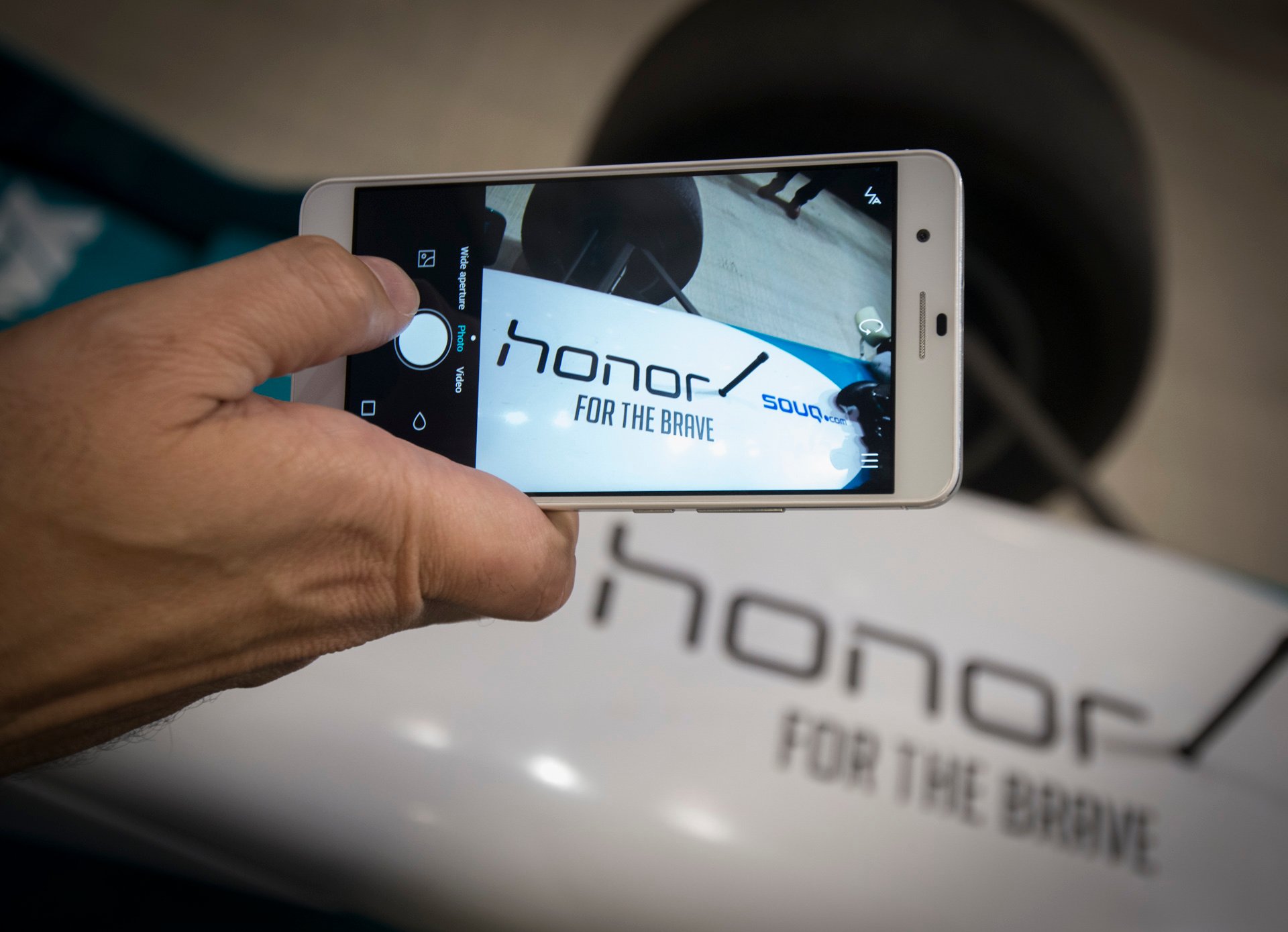 If you have surfed the web at any point over the last couple of weeks you have probably seen a banner ad sporting Huawei’s Honor 6 Plus.

The smartphone, part of the well priced and high-spec Honor line, is designed to appeal to a younger and more tech savvy demographic, selling exclusively online in the region.

But even if you are more of an old rooster than a spring chicken, at Dhs 1,399, it certainly offers bang for your buck. Provided you are willing to commit to a less mainstream brand.

As the name suggests, the Honor 6 Plus is the phablet follow-up to the Honor 6. It won plaudits for its power and pricing balance.

The new device improves upon its predecessor in several areas with a larger 5.5-inch full HD display and dual cameras on the rear the key differentiators.

Looks-wise, it also appears slightly more premium in design with a silver band running around the top and sides. We at Gulf Business particularly liked the look and feel of the gold variant we got our hands on. At 7.5mm thick and 165g, it was not as bulky as expected.

Upon turning the device on, it offers a bright and clear display well suited to reading text, looking at pictures or watching videos. Huawei’s Emotion UI running on Android 4.4 KitKat is also not overly intrusive compared to what you will see from other manufacturers, with a few select apps and different themes. Although one sticking point may be the lack of app tray, which means all of your apps will appear on the home screen pages. We’re also told an upgrade to 5.0 Lollipop is imminent for those concerned about using an outdated operating system.

Among the highlighted features are the 8MP dual rear cameras, which it is claimed offer better shots by taking two simultaneous images. In testing, we did not find this setup superior to competitors and it struggled in some bright environments. Although, the ability to change the aperture for more arty shots is a nice touch. Surprisingly, it was the front 8MP camera that impressed us more with a panoramic mode adding to its high quality selfie potential.

Under the hood, the device is no slouch with Huawei’s 1.8GHz octacore processor, 3GB or RAM, and 16GB or 32GB of storage ensuring speedy performance. Users can also opt for two SIM cards or fill one slot with an SD card for more storage.

Perhaps the most impressive internal feature is the 3,600mAh battery. It lasts up to two days with moderate use. Meanwhile, the integrated fast charging technology meant less down time than expected when the device did eventually run out of juice.

Overall, we found the device to be a sturdy option, rivalling even flagship products in some departments. We would recommend checking what else is available at this price point though, as some discounted flagship devices may not be much more expensive.