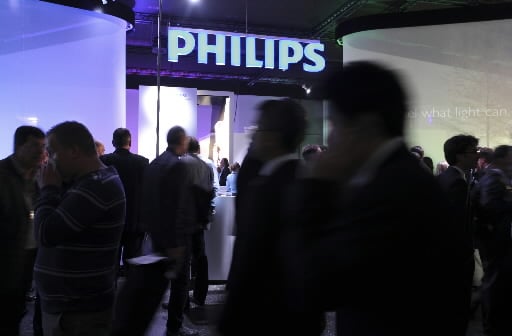 Netherlands-based Royal Philips announced that it has entered into agreements to acquire 51 per cent of General Lighting Company (GLC), a lighting company in Saudi Arabia for $235 million (on a cash-free, debt-free basis) plus additional transaction costs.

Philips will buy the GLC stake from a consortium of shareholders including Alliance Holding, the Hejailan Group, and The Carlyle Group, it said in a statement.

Under the terms of the agreements, Philips’ current lighting activities in the KSA will be combined with GLC forming a joint venture named Philips Lighting Saudi Arabia. Alliance Holding will be the JV partner with a 49 per cent stake.

The new JV will employ approximately 1,300 people, the statement said.

It will focus on LED products, systems and services for the lighting market and will manufacture and distribute professional LED lighting fixtures across the value chain.

It will also create growth opportunities in sustainable technologies to support the government’s objective to reduce energy consumption, the statement added.

The deal is subject to customary regulatory approvals and is expected to be completed later this year. Moelis & Company and Norton Rose Fulbright advised Philips, Gibson Dunn advised The Carlyle Group and the Hejailan Group and Baker & McKenzie advised Alliance Holding on the deal. GIB Capital advised all sellers.

Saudi’s lighting market is forecast to grow strongly between 2014 – 2018, thanks to targeted spending on construction and government and private investments in energy efficient lighting initiatives, said Philips.

“By partnering with GLC, Philips will be able to grow its business in this important market, particularly in relation to LED lighting,” said Eric Rondolat, CEO of Philips Lighting.

“We expect LED penetration in the KSA to achieve strong double-digit growth by 2018, driven by investments in public and private infrastructure.”

Philips, which has been present in Saudi Arabia since 1935, is looking to expand its footprint in the Kingdom. In 2012, the company announced a joint venture with Al Faisaliah Medical Systems to sell Philips Healthcare solutions and services in the country.