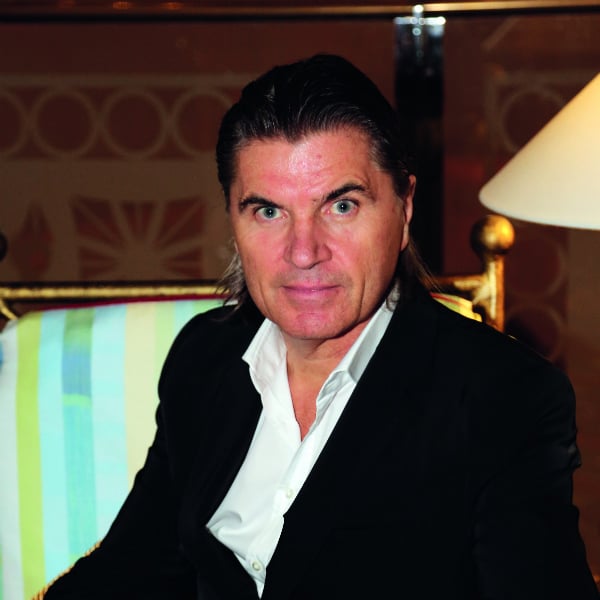 Philip Stein has far from followed the rulebook when it comes to the watch market.

While others position themselves based on their history, the complexity of their mechanisms or the exclusivity of their designs, the brand has walked an altogether different path.

And as co-founder and president Will Stein notes on a brief visit to the firm’s Burj Al Arab boutique, it has done so in part by moving away from the watch industry altogether.

“Originally when we started in 2003 we were a watch company with a wellbeing benefit. Today we are a wellness lifestyle brand that sells watches but also other accessories for wellbeing,” he notes in his German-accented English.

For Stein, who combined his background in business and marketing with his wife Rina’s experience in watch design and product development to found a private-label watch business in 1998, the key to this diversification has been the same concept the Philip Stein brand was built on.

Natural frequency technology, claimed to tap into the frequencies around us to provide benefits including improved sleep, reduced stress and boosted energy levels, has been the cornerstone of Philip Stein’s product catalogue that now stretches from watches to sleep bracelets.

But as Stein admits, convincing people that this was more than just a gimmick was one of the biggest challenges for the brand, which is named after his son, in the early days.

“When we started a lot of people just gave me a nice smirk and smile and said’ ah come on’,” the co-founder explains.

Fortunately though he had some celebrity help.

Shortly after launch one of the couple’s friends was able to gift a watch to Madonna’s personal assistant. And then a few weeks later the pop singer gifted a Philip Stein watch to popular US talk show host Oprah Winfrey, who made a surprise call to Stein’s offices impressed with the technology and the brand’s dual-face design.

“At that time she said ‘I don’t know whether it works’ but she liked the idea of it,” he recalls, explaining the “huge breakthrough” that followed as Philip Stein products made their first of several appearances on her show Oprah’s Favorite Things.

“It was like you turn around and all of a sudden you see your business growing and you didn’t know how it happened,” he says.

Following this celebrity endorsement, Philip Stein embarked on its global expansion in 2004 with an initial focus on distribution.

It opened its first boutique in 2008 and now boasts a footprint in the US, Canada, Caribbean, Europe and the GCC following the opening at the Burj Al Arab hotel in 2015 and a second at Abu Dhabi’s Yas Viceroy hotel at the end of November 2016 to coincide with the Formula One Grand Prix. 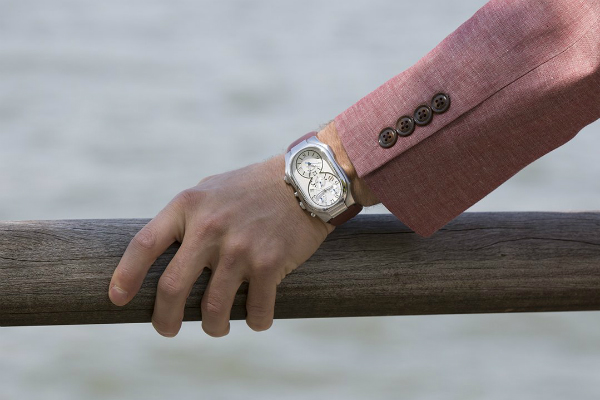 At the same time the brand has also expanded into broader product categories, including wine wands in 2007, sleep bracelets in 2011 and jewellery in 2012, that has allowed it to overcome a slowdown in luxury spending that his impacted traditional watch makers, Stein says.

“Yes people buy our watch because it looks great. But they buy the watch because it’s a wellbeing accessory on your wrist as well. So we are not so much affected by that by the ups and downs and by fashion trends.”

As a result he says sales in the Gulf region are up in 2016 on the previous year and the company has been able to expand into locations beyond traditional shopping malls and retailers.

“For example, our growth right now is coming out of hotels. We are selling very well and strong and expanding in the hotel industry because they we are in hotel spas or we sell our sleep bracelets in the rooms.”

Stein also cites examples of displays in nail salons and gyms and even the brand’s availability on 17 airlines – with Dubai’s Emirates to follow in 2017 – as key to boosting sales and product awareness. Although he admits the strategy is still too new to heavily impact the firm’s figures, with around 90 per cent of sales still coming from its traditional watch business.

Outside of these plans, the brand is also branching out in other ways. But it may not be in an area you might think.

While much of the focus in the watch industry recent years has been on the impact of smart watches and wearables, Stein indicates the company has no interest in the technology “for the simple reason that smart watches have to do with man made frequencies and we operate with natural frequencies so it would be a conflict of interest”.

And he dismisses concerns that technology advances are a threat, with the belief that new sleep monitoring bracelets from FitBit or Jawbone could even help prove the worth of Philip Stein’s products.

Instead the co-founder says the company is working on a “consumable item” integrating the natural frequency technology it has become known for.

He reveals this will “not be something which you will find in a supermarket” but it will soon “hopefully be in hotels and restaurants” but refuses to disclose more details.

As a result of these plans and further expansions to the brand’s footprint, the co-founder is hoping to boost sales growth next year beyond the 15 per cent he is expecting in 2016.

Stein reveals another five boutiques could be coming to the Middle East over the next 12 months with a particular eye on cities in Qatar, Oman, Saudi Arabia and Kuwait where the company’s products are sold through existing jewellery stores.

It will also look at further expansion in Dubai and the wider Middle East region, he reveals.

“For sure we will also expand here in Dubai still,” he says. “I would say we have another probably 10 multi-brand retailers we should go into, another five boutiques and then of course many more hotels.

“But then we are also planning to go into countries where we haven’t been in at all yet, for example Lebanon and Jordan.”

Elsewhere, a recent online sales deal with a partner in China and expansions in Thailand, Singapore, Indonesia and Malaysia are also expected to bear fruit.

All leaving the Philip Stein co-founder certain of one thing. The brand’s unique selling point is now being taken seriously.

“Now, 13 years in the market where we have sold hundreds and hundreds of thousands of pieces, people are not smiling anymore; they see that it’s a credible technology,” he says.