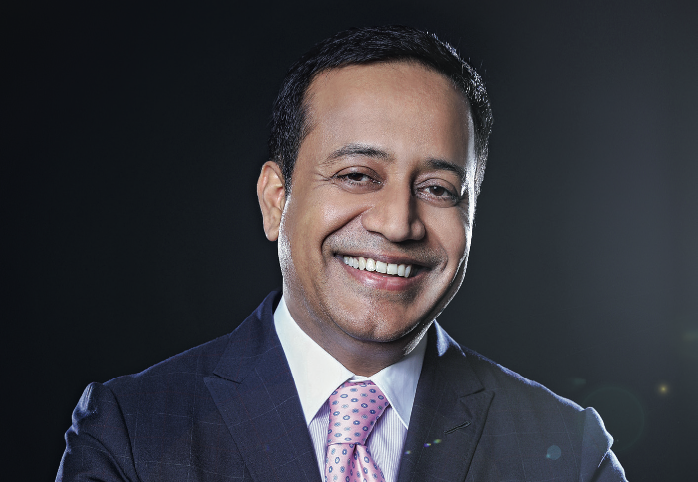 The world has seen a dramatic shift in need and preference due to the higher proliferation of technology in our daily lives. New social connectivity platforms and monetisation streams are making activities that were once considered fringe to be more mainstream. One of the best examples is the gaming industry, which has grown significantly over the last couple of decades. Once limited to arcade style games, the industry has now evolved into a graphically striking and more immersive form of social engagement.

The online gaming ecosystem has been largely enhanced with technology applications like virtual reality (VR) and blockchain, which are likely to become the cornerstone of the industry’s long-term growth. It has been further aided by the growing popularity of multi-functional gaming consoles, the latest trend in the ‘plug-and-play’ gaming platform. As such, the global gaming industry has transformed from being merely a form of entertainment to a booming industry that is not only luring a wider audience across ages and geographies but also engaging businesses to mobilise the channel for sponsorships and brand endorsements.

It is estimated that there are currently more than 2.7 billion gamers across the globe, an incredible two-fold increase in just five years. Moreover, the global gaming industry is now considered to be larger than the TV, movie, and music industries combined. In 2019, the gaming industry generated revenues of over $145.7bn according to Newzoo, eclipsing global box office ($43bn) and record music ($19bn) revenues. The dynamics driving the industry were further amplified by the Covid-19 pandemic, which has compelled people to stay home and fueled a rise in interest towards gaming.

The rate of adoption of online gaming has increased as a new medium for entertainment and social interaction. Consequently, video game playing times have surged multifold across the world with revenues anticipated to reach approximately $159.3bn by year-end. It is further projected to reach $200.8bn by 2023, signifying unprecedented growth that will continue to challenge traditional entertainment platforms. Of the three major online gaming types (PC, console, and mobile), mobile gaming platforms are likely to account for the largest share, of which smartphone games are expected to contribute over 80 per cent in revenues.

With the 5G era already in place across major economies, the mobile market will transform the online gaming industry to newer heights. Hence, the outlook for the market remains robust due to strong fundamentals, which have spurred investor interest in recent years. Major gaming stocks have witnessed healthy growth in 2020, with positive YTD performances. This further highlights the industry’s appeal and resilience despite pandemic-induced challenges.

Activision Blizzard, which owns prominent gaming franchises (such as Call of Duty, Candy Crush) has taken several strategic initiatives during the pandemic such as introducing free-to-play models and esports to gain traction. As a result, its user base grew 31 per cent year-on-year to 428 million active users in Q2 2020, while its revenues surged 270 per cent y-o-y to reach $993m. Notably, the company’s free cash flow surged 494 per cent in Q2, while its EPS rose 53 per cent. Tencent Holdings, with major operations in e-commerce, digital payments and online gaming, has also emerged as an outperformer during the crisis period.

Heavy reinvestments into its businesses have enabled strong earnings growth, and in Q2 2020, the company’s revenue rose 29 per cent y-o-y to $16.2bn. The impressive results, along with the company’s acquisition plans (Sogou) depict its resilience in the worst-affected periods of 2020. Consequently, Tencent’s stock has surged roughly 51 per cent YTD, and demands a strong P/E of 44.3x. Similarly, global gaming giant Nintendo has emerged as a winner during the pandemic as its video games saw massive sales in 2020 (hardware, software, and net sales surged 167 per cent, 123 per cent, and 108 per cent y-o-y in Q2, respectively; while EPS climbed 541 per cent). NetEase also recorded a strong financial performance, with net revenues and net income surging 26 per cent and 32 per cent y-o-y respectively in Q2. Analysts expect the company’s revenue and earnings to further rise 24 per cent and 15 per cent, respectively, during the year.

Meanwhile, Take-Two Interactive has more than doubled its revenues over the past two years with profits growing even faster, primarily driven by the Grand Theft Auto (GTA) franchise. This has pushed the company’s stock price up 366 per cent since 2018. The company has also built diverse new titles, and in June 2020 was recognised for having three of the top 10 selling games globally. Already trading at an expensive P/E of 74.7x, its upcoming GTA V update, coupled with strong expansion potential within mobile platforms, esports and in-game spending, are likely to boost margins, sales and profitability over the next few years.

Lastly, graphics-chip maker Nvidia is also a lucrative buy in the current environment, as an enabler of growth in the online gaming sphere. The company recently launched a host of new products related to AI, data centre operations and collaboration tools, which pushed its stock remarkably higher. Moreover, the company’s $40bn acquisition of chip designer Arm is another strategic move that will strongly position it for further growth and expansion in the gaming sphere. NVIDIA now boasts of a P/E at nearly 90x, and analysts expect its EPS to grow by over 17 per cent annually over the next five years.

Poised for success, gaming companies are increasingly lining up for public listings, and the long list of upcoming IPOs present a strong opportunity for investors to benefit from companies with significant growth potential. Notably Playtika, backed by prominent Chinese investors and competitor of gaming major Zynga, is currently planning a $1bn IPO that will value it at $10bn, while Roblox, another gaming success that is on track to double its revenues in 2020, is also eyeing a listing. Many more upcoming IPOs from companies including Guild Esports, AppLovin and Skillz present unending opportunities within this arena. It is prudent for investors to maintain appropriate cash positions at all times to capitalise on any downside in recommended stocks with a medium to long-term horizon.

Technology is driving limitless possibilities in the online gaming market, making the industry a charm for populations of all ages and connecting people across continents. Furthermore, high levels of player engagement within global gaming franchises is leading to the transition of a recurring-revenue subscription offering that enhances the industry’s appeal. This structural change in the industry has started drawing increased attention from investors, especially towards esports, video streams and mobile gaming.

Thus, as a leading entertainment industry, the potential of the gaming market can no longer be underestimated. Imminent advancements in terms of performance through graphic design, VR/AR integration and programming will stand as a testimony to the long-term growth prospects of the industry. Accordingly, investors that join the rally in its infancy will undoubtedly reap rich benefits in the long-term.

Disclaimer: This column is purely for academic and educational purposes. Nothing mentioned here should be taken as solicitation to trade or a recommendation of a specific trade. The author has direct exposure in recommended stocks.