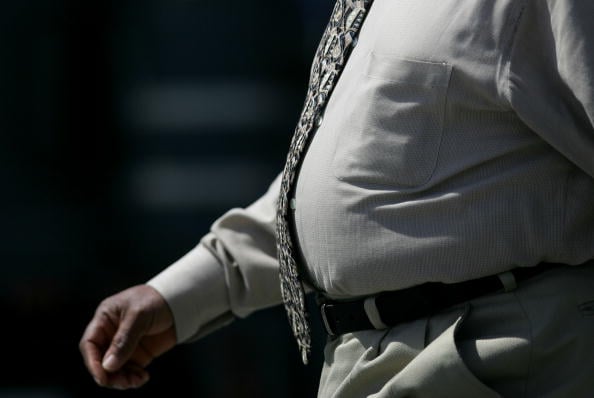 While rapid economic advances have brought greater opportunities to GCC countries, the impact on the health of their populations has been far from positive.

Increasingly sedentary lifestyles are resulting in the mountainous rise of non- communicable diseases (NCD) including cardiovascular conditions and diabetes.

Gulf countries boast some of the highest rates of obesity in the world, with an estimated 66 per cent of men and 60 per cent of women in the UAE overweight and obese, according to a study analysed by the Institute for Health Metrics and Evaluation in the US.

“Unfortunately, these diseases have emerged as bigger killers than infectious or hereditary ones.”

In light of these figures, the total cost of NCDs to the region could be staggering. Booz & Company forecasts that the direct and indirect burden in the GCC could touch $36 billion in 2013 and hit $68 billion by 2022.

Seeing the opportunity presented by expanding waistlines and unhealthy habits, pharmaceutical companies the world over are moving in to obtain a piece of the pie.

UAE’s Julphar is one of the largest local players looking to capitalise on the growing prevalence of diabetes across the GCC.

The Ras Al Khamiah-based company is the fifth largest manufacturer of insulin in the world and has an entire division dedicated to the manufacturing and commercialisation of diabetes products.

Having launched a $180 million facility to manufacture the raw crystals used for insulin at the end of 2012, the company is looking to grab its share of the local diabetes market with both hands.

In this Mohamed Sharaby, sales and marketing manager, Julphar Diabetes, says awareness of the condition is more important than its prevalence in terms of the future market. An IDF study in 2012 found that up to half of diabetics globally were unaware that they had the condition.

“As per the latest statistics from the IDF and World Health Organisation (WHO), the number of diabetic patients is set to double or triple from now up to 2030. These numbers are coming from people who are already diabetic but they are not aware.”

Julphar’s strategy therefore is not just for the production of insulin but also diagnostic tools to help manage the condition.

This means bringing the latest sensor technology to the region like the Dexcom G4 Platinum Continuous Glucose Monitor, according to Sharaby.

“We are trying to provide solutions in diabetes, in oral anti-diabetics in insulin and recently in device monitoring technologies,” he says. “It’s a transformational concept, that the patient start to engage in his own treatment and managing his own diabetes.”

But diabetes market dominance will not come easily for the local manufacturer, particularly in a regional market with a heavy preference for imports.

NeW KIDS ON The BlOcK

The popularity of foreign products in the GCC has been a cause for concern for GCC governments, with the UAE alone importing $1,568.5 million of pharmaceuticals in 2011 while exporting only $58.4 million, according to a 2013 report by investment bank Alpen Capital.

Among the top importers are European companies, many of which have turned to the GCC following the financial crisis and regional debt problems. European drug imports increased at a CAGR of 18.3 per cent between 2008 and 2011, Alpen Capital estimates.

Meanwhile, the GCC market for European-made drugs and medicines is expected to reach over $10 billion by 2020, according to a 2013 report by QNB Capital.

One of the most recent European entrants was Cinfa, which launched operations in the UAE in April last year. The GCC’s competitiveness was one of the key attractions for the Spanish manufacturer, according to regional director Khaled Amin.

“Healthcare regulations in the UAE in particular, and in the GCC in general, offer a very competitive environment, allowing brands to be in the market place and leaving the competition to market dynamics.”

“This is a very important area for us to offer hypertensive patients and diabetic patients access to a wide variety of options high quality products at affordable prices,” Amin says.

Swiss manufacturer Roche is also placing more of an emphasis on the Middle East with the appointment of a sub-region head for the GCC countries, Egypt and Yemen. Ehab Yousef, who took the new position in June, says that the NCD segment is a growing area for the company.

“Behavioural risk factors such as tobacco use, insufficient physical activity and alcohol abuse are increasing the risk of heart attack and stroke, cancer, chronic respiratory disease (COPD and asthma) and diabetes,” he says.

“In addition to our focus on oncology we have pipeline projects in these therapeutic fields including potential treatments for asthma, cardio metabolism conditions, and type 2 diabetes, all of which are major problems in the Gulf region.”

On top of its oncology portfolio and diabetes diagnostics business, Roche is developing medicines to treat conditions like obesity and hypertension and conducting early-phase global clinical trials in type 2 diabetes, acute coronary syndrome and hypercholesterolemia.

However, for now, the manufacturing of any products will remain outside of the region, with Yousef highlighting that setting up a local biotech manufacturing facility would be both expensive and time consuming, taking four to six years to complete.

“Our current focus for the GCC region is to increase access to our innovative medicines, and while in some countries that may mean we would consider local manufacturing we have no specific plans at this time.”

Continued reliance upon more expensive foreign imports has been a growing concern across several GCC countries, even with the introduction of drug price limits by several governments.

A study by Dubai Chamber of Commerce and Industry (DCCI) found that the UAE had the highest per capita medicine expenditure in the Middle East, with prices 23 times higher than WHO recommended levels.

This is despite the UAE government setting annual drug price limits since 2011, slashing the prices of 205 drugs in 2014 alone, including 14 used for the treatment of diabetes.

Business consulting firm Frost & Sullivan contends that price limits will be good for the overall healthcare industry in the long term, despite a mixed reaction from drug companies.

“It will reduce government spending significantly on procurement of medicines and will also boost local production of drugs, where companies will be forced to produce locally in order to reduce the prices,” says Jayant Singh, director, Healthcare Practice, MENA and South Asia at Frost & Sullivan.

Boosting local manufacturing is considered a key part of reducing the region’s dependence on imports.

Currently, the bulk of local manufacturers focus on easy to make products like tablets, capsules and syrups, with the capabilities required to manufacture complex products still not present.

“More than investment, the sector requires greater capabilities and understanding of the complexities of manufacturing and various processes attached to manufacturing. Foreign investment which comes along with this expertise is the need of the hour, rather than investments in isolation,” says Singh.

However, there are signs that local players are boosting their manufacturing technology investment to better compete with global players.

“We are seeing that technology has delivered a significant boost to the pharmaceutical industry in recent years and has contributed to sustainable growth of the industry in the region,” notes Martin Kuban, senior research analyst -manufacturing, IDC CEMA.

According to IDC research, manufacturers in the region are constantly outspending the rest of Central and Eastern Europe, and MEA in technology investments, closing the productivity gap.

“This additional productivity may help pharmaceutical companies to introduce price reductions on generics and result in faster gaining of market share,” says Kuban.

Research, innovation and manufacturing of more advanced pharmaceuticals will generate added value for the industry, according to IDC, and should be the focus of future investments for the leading pharmaceutical companies.

“To achieve this, leveraging of highly specific top-class pharmaceutical technologies will be absolutely essential,” Kuban adds.

Improving local manufacturing capabilities could prove crucial as populations and the need for medicine continues to rise.

The IDF estimates that the adult population in the MENA region will increase from 375 million in 2013 to 584 million by 2035, with diabetes sufferers rising from 34.6 million to 67.9 million.

Mandatory health insurance laws for private companies in the GCC are also increasing the diagnosis of lifestyle related conditions and in turn the number of prescriptions.

“It might be at a lower price, but still you can reach much larger numbers of patients, which is good for us and good for the healthcare system,” says Amin.

This combined with coordinated action on a regional level, announced during meeting of GCC Health Ministers in January, is set to see awareness of conditions and demand for treatment increase.

Frost & Sullivan expects the treatment of lifestyle related conditions to be a primary growth driver for the pharmaceutical industry in the GCC in the near term. “We guesstimate that it’s an opportunity upwards of $750 to $850 million,” says Singh.

And given the size of the market and potentially millions of dollars in sales at stake, increased foreign investment may not be so far away.

“We are very much open for future development using different platforms and even if there is a need and the right circumstances to setup our local manufacturing facility in the GCC, we will be doing this,” Amin reveals.