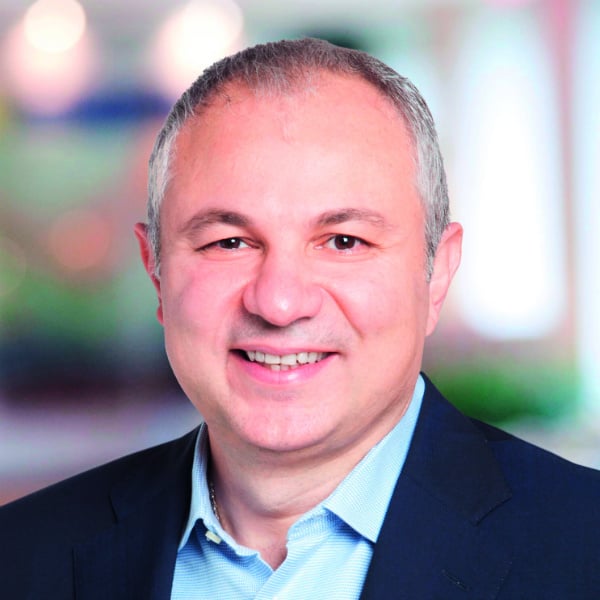 The last 12 months have surely been some of the most memorable in the 27-year career of Mohamed Samir – the president of India, Middle East and Africa at the world’s largest consumer goods company Procter & Gamble.

On the one hand there was external change as the Middle East region and other key markets tackled economic difficulties linked to low oil prices and currency fluctuations, and on the other the American multinational was in the middle of an efficiency drive designed to produce a leaner operation.

In October, P&G completed the sale of its struggling beauty business to Coty for $12.5bn in a complex deal designed to allow it to focus more heavily on its core brands. It also continued on a cost reduction strategy with the aim of cutting $10bn over the next five years.

This period was coupled with Samir’s transition to the UAE just over six months ago where, speaking from his new base in Dubai’s Jebel Ali Free Zone, he forecasts further change on the horizon.

“What’s happening in the region is kind of a restart. In general expectations are changing, but the good news is South Asia – so all India and Pakistan – this area is all going nicely,” Samir explains.

Amid this restart, he believes perceptions of the Middle East as a fast growing market will need to change as the good years of oil prices exceeding $100 a barrel slowly edge out of view.

“The Middle East will continue growing but it will not grow like it did before,” he says.

“Africa is very important pillar for future growth, slowly but surely. It’s not going to be the China of the ‘90s or when they talked about the Asian tigers, or Central and Eastern Europe when it opened up in the ’80s; it is going to be steady. But there are a few economies in Africa that are posting some of the best growth in the world – six of the top 10 fastest growing economies are in this region.”

Samir speaks from experience having started his career with P&G in his home country of Egypt in 1989, with subsequent postings taking him to Belgium, Yemen, Lebanon and Switzerland. And he suggests it is down to companies to overcome changes in spending behaviour in the more difficult environment now taking hold in some countries, rather than expecting the tide to turn in their favour.

This brings our conversation to the company’s new slimline brand strategy, having completed the sale of around 40 brands including hair colouring products Wella and Clairol and makeup brand Covergirl in the Coty deal last year, as well as battery maker Duracell in another sale to Berkshire Hathaway in February 2016.

Chairman, president and CEO David Taylor has made it a priority to return P&G’s results to a balance of top-line growth, bottom-line growth and cash generation under a new strategy encompassing 65 core brands from a previous 166.

Samir insists the brands that remain – including Gillette, Pampers and Tide – represent the core of the IMEA business, meaning the impact has been very small.

“We were lucky in IMEA that these were our focus brands in any case so we didn’t need to worry about this as well. We just needed to cope with geopolitical changes happening and the security situation.”

Outside of the general economic slump in the Middle East region, currency issues continued to weigh on P&G’s sales across the world in its fiscal second quarter (ending in December).

Net sales stood unchanged on the previous year at $16.9bn due partly to a negative 2 per cent impact from foreign exchange, although organic sales, which show actual growth, grew 2 per cent – down from 3 per cent in the previous quarter.

Globally P&G was among US firms impacted by the strong dollar, while regionally another issue was the Indian government’s November demonetisation of IR500 and IR1,000 notes, which resulted in severe cash shortages across the country.

“We will find out over the next few months whether the impact it [the demonetisation] had over the past few months is going to go away completely and how well it will help us in the future. I’m personally optimistic as most of the business community is,” says Samir.

Meanwhile, he suggests the downturn in the Gulf region means that consumers are now making more considered spending choices.

“What is happening is that the consumers are much more aware and careful in their decisions, which I think is good news. So they will buy the brands that offer them the better value. Superior value doesn’t mean low cost it means the best product at the right price.”

But despite his expectation of slower growth in the Middle East, Samir suggests the company has no intention of shifting its regional offices to a more promising market and maintains that its brands continue to perform well.

“Dubai is gaining even more importance as we speak and we’re doing pretty well here actually. Consumers are choosing our brands and we enjoy good market share and we’re growing nicely,” he says.

“In the Gulf in general we’re going very well – our shares are very high on our core categories. Whether it’s laundry, diapers, protection pads, hair care, grooming or dishwashing, we enjoy strong share.”

However, unlike European rival Unilever, which opened a Dhs1bn ($272m) manufacturing plant at Dubai Industrial Park last December with an output of 100,000 tonnes per annum of liquid beauty and personal care products, P&G has no plans for a major regional expansion for now. 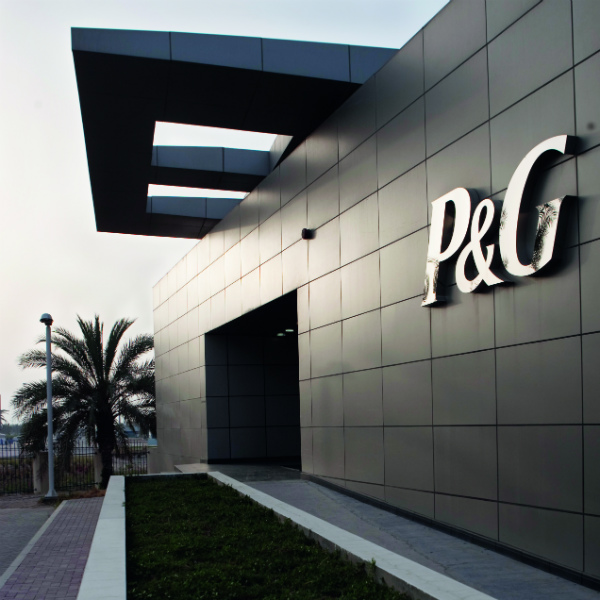 “The way we look at it right now is that we manage and we run the business from here as a headquarters or regional presence but we put the factories in the most efficient place from a population size standpoint. Would that be always the case? As I mention, this is a very business friendly environment so there will always be an option for the future.”

Other future concerns for Samir revolve around the introduction of value added tax in the Gulf region next year, with a rate of 5 per cent to be introduced for many products.

Registered businesses will be required to charge VAT on their supplies, and will be entitled to deduct VAT incurred on their purchases, including capital assets and imports.

“I think 5 per cent is reasonable. When you compare it to Europe or the United States, or many places around the world, 5 per cent is on the low side,” he says.

“My hope is that it’s done in a simple way because if it’s not done simply it can make the business too complex. Given how digitised the governments in the area are – especially the UAE – I’m expecting a simple approach.”

He is also considering the impact of e-commerce on the company’s business as P&G eyes making online a larger part of its sales mix on a global level.

“It is affecting the way we think about the future but in consumer goods it is not as big as it is for other products like electronics or household goods.

“But we look at how much it has developed already in China or Europe or North America and we say ‘ok it’s going to get there’ and there are big investments happening with the most recent announcement of Noon.com and the sales rumours about Souq.com.”

However, as we come to the close of our interview and we turn our attention to the immediate future, the one thing that Samir believes may throw a spanner in the works is negativity.

This comes as P&G itself forecasts in its Q2 guidance that the combined headwinds of foreign exchange and minor brand divestitures will reduce sales growth by two to three percentage points this fiscal year and all-in sales will be in line with the $65.3bn achieved in 2016. Although the company is projecting faster organic sales growth than previously anticipated – up from 2 per cent to between 2 to 3 per cent.

“I’m expecting better performance, although people are talking about 2017 so negatively in general I think it’s going to impact the environment,” Samir says.

“The opportunity is still very big. This is a region of almost three billion consumers with so many that haven’t used our brands or even the categories. So there is such a growth opportunity.”

Indeed, although representing only 8 per cent of the company’s net sales in its fiscal 2016 annual report – compared to 44 per cent in North America and 23 per cent in Europe – P&G will surely be relying on many of the IMEA markets under Samir for growth in the coming years.

“In this region if you look at the type of growth – including above 7 per cent in India, almost 5 per cent in Pakistan and a lot of places in Africa hitting 7 per cent – we will need to be a growth engine for
the company.

“Given the opportunities with the young consumers and the amount of white space we have there is a lot of potential in the future,” he concludes.