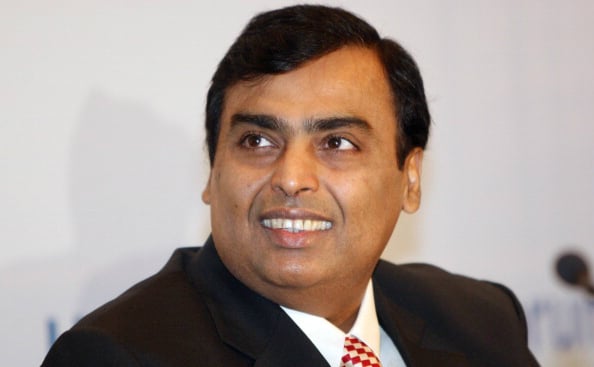 The time and cost involved, however, could put off global and local rivals from even trying to copy it.

It took Reliance Retail, part of Ambani’s conglomerate Reliance Industries Ltd, seven years of losses, bruising trial-and-error and over $1 billion in investments to find a formula that works for India, the world’s fifth largest retail market and one of its fastest growing.

This seemingly inexhaustible combination of financing and patience has given Reliance an edge over smaller local rivals that lack its deep pockets, and global chains like Carrefour SA and Wal-Mart Stores Inc which would have to invest vast amounts of capital, time and energy to set up retail shops in India but reap miniscule initial returns.

“No global chain will pour money immediately to build up a business here even if they can,” said Saloni Nangia, president of retail consultancy Technopak India. “They will be cautious about their investments, keeping in mind the political landscape in India and shareholder sentiment back home.”

The federal government gave foreign supermarket chains the green light in September 2012, but then left it up to individual states to enact the legislation. Many didn’t, fearing a backlash from local traders.

So far, only Britain’s Tesco has announced it would make a relatively modest $110 million foray into two states. Executives at Wal-Mart and Carrefour, which operate wholesale outlets in India, have said they are awaiting regulatory clarity and the outcome of national elections next month before setting up retail shops.

Ambani, India’s richest man and majority shareholder of a company with a $15 billion cash pile and the world’s largest oil refinery, took advantage of this absence of major league competitors to set up his own version of a global retail chain.

Reliance Retail recently gave Reuters exclusive access to its state-of-the-art warehouse. Several senior executives also gave Reuters rare details about the company’s operations but all declined to be identified because of a company policy that prohibits them from speaking to the media.

Since it was established in 2006, Reliance Retail has revamped its supply chain and decentralised decision-making to ensure flexibility. From September, it has opened stores at the rate of almost one a day even as India’s economy grows at its weakest pace in a decade.

Reliance Retail, which at end-December had 1,577 stores, expects to post a profit by the end of fiscal 2014 partly due to stronger sales at its grocery business, the largest contributor to revenue, said one senior company official.

The retailer posted an operating profit of 1.06 billion rupees ($17.3 million) for the three months ended Dec. 2013, its first ever quarterly profit. Revenue grew 38 per cent year-on-year in the same period and same-store sales also rose by just over a fifth.

Reliance Retail did not give comparative figures or disclose income numbers, but its quarterly sales and revenue were far ahead of local rivals Future Retail and Trent Ltd, which operate loss-making hypermarkets.

“If Reliance are able to sustain their success it will prove that modern retail as a business can be profitable in India,” said Harminder Sahani, managing director of Gurgaon-based retail consultancy Wazir Advisors.

Reliance Retail’s quarterly revenue was $641 million, almost twice as much as Future Retail’s revenue for the same period and far more than Trent’s $45.7 million. Same-store sales at Future Retail, majority owned by Future Group, rose 3.3 per cent during the December quarter, while analysts said Tata Group’s Trent saw an increase of less than 10 per cent for the quarter.

Reliance’s growth has turned it into a formidable competitor for any global retailer that ventures into India, and regulations that currently favour local companies mean it is likely to keep its edge.

Foreign retailers must partner with a local company, and can own a maximum 51 per cent stake in the joint venture. They must also source at least a third of their products locally, conditions which have spooked several global retailers.

“The competitive landscape will change now because Reliance is scaling up quickly, is turning around and will be in a better position to fight pricing wars with foreign chains,” said Wazir Advisor’s Sahani.

Even with these comparative advantages, Reliance Retail faces an uphill battle for growth.

When Ambani first set up the company, he envisioned a $20 billion business by 2011, a goal that proved wildly ambitious. Last year, Reliance Retail set a target to grow revenue to a more modest $6-$8 billion by 2016-2017.

Reliance generated just $1.8 billion in revenue in the nine months through December, a tiny fraction of India’s $500 billion retail industry which is dominated by small, mom-and-pop shops.

The growth of a Westernised, and more affluent, middle class that prefers hypermarket-style shopping is likely to favour Reliance.

The company is also benefiting from a rise in nationalist sentiment among the influential individual traders who eased their stance towards home-grown retail chains after foreign retailers started circling, Technopak’s president Nangia said.

Reliance Retail was forced by local traders and politicians to shut its shops in the states of Uttar Pradesh, West Bengal and Jharkhand shortly after their launch several years ago. It now has 36 stores selling fresh produce in these states, its website shows.

As it built up its network, Reliance Retail went through several management reshuffles – it is about to have the fourth head for the grocery business – and several executives said it has also gained expertise.

“We have got a better understanding of some important aspects like real estate, store build and manpower,” a senior company official said.

Until two years ago, for example, Reliance would fly fresh strawberries from western India for delivery to stores in other parts of the country at a high cost. It now uses trucks to transport the fruit, and has invested in cold storage at farms.

About two years ago, Reliance rolled out technology that gives hourly updates on margins and revenue by store, city and region, along with data on how products are selling. Such systems are standard in developed markets, but new to India.

Inventory decisions once set at Reliance’s massive Mumbai headquarters are now made by individual store managers, enabling them to customise their stores to local preferences.

And while Indian retailers often lease warehouses to save costs, Reliance is building its own so it can customise them.

Its 400,000 square foot warehouse near Pune, which opened a year ago, has a translucent roof that lets in sunlight, saving electricity costs, and automated doors that allow machines, not labourers, to unload goods, company officials said. This model will be replicated in all the company’s warehouses, they added.

During a recent visit, trucks unloaded crates of detergent and refrigerators into the warehouse, which was stacked with goods ranging from TVs to toilet cleaners to ladies capri pants.

“Retail is a tough business to be in right now with the market slowing, and having the access to an uninterrupted source of capital decides who wins,” said C.P. Toshniwal, chief financial officer of Reliance’s rival Future Retail.

“Reliance have that,” he said.