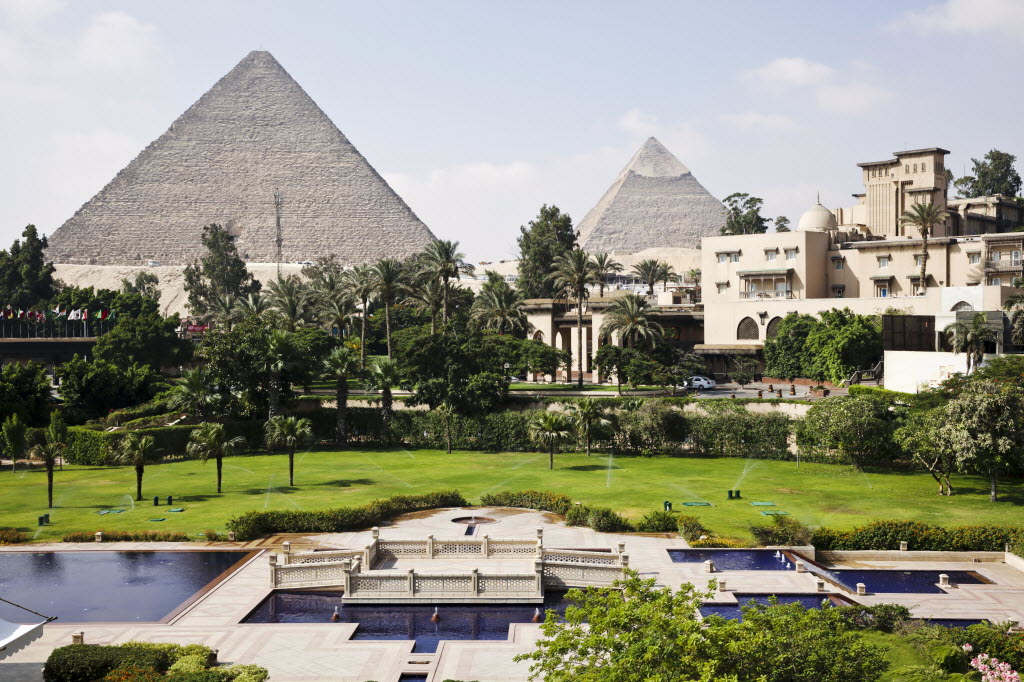 In the northwest corner of the Nile Delta, Ibrahim Sharaf Al-Dein fires up his diesel-powered pump next to a murky canal only to watch it spew out a yellowish froth.

For the past 15 years, antiquated irrigation systems and a government conservation drive have kept many farmers from nutrient-rich Nile waters, forcing them to tap sewage-filled canals despite their proximity to the world’s longest river.

“This water ruins our pumps, it breaks our machines, it’s bad for our production,” Sharaf Al-Dein, 50, said of the canal.

But even as Egypt wrestles with dwindling water from its only major source, the Nile, it pushes farmers to grow more to supply the country’s costly subsidised food programme. The two goals, farmers and experts say, are at odds with one another.

And efforts to make the most of precious farmland have been hampered by decades of urban sprawl, which has accelerated since 2011 when the overthrow of President Hosni Mubarak led to a security vacuum.

The government, anxious to stimulate economic recovery after years of political turmoil, wants to cut its $4.5 billion food import bill. Most of that bill goes to subsidies that guarantee universal access to bread at less than one U.S. cent (0.05 Egyptian pounds) per loaf.

“The problem of import dependence is going to get worse,” said Nicholas Lodge, managing partner at Clarity, a Gulf-based agricultural investment firm.

“You have population growth outstripping the ability of the agricultural sector to improve production, which is held back by land and water shortages.”

Subsidised bread encourages Egyptians to consume more wheat per person than almost any other country, and demand is set to increase as the 87 million population grows. The U.S. CIA World Factbook puts population growth at 1.6 million people a year.

Egypt has an enduring debt to the Nile, which allowed it to build an ancient civilisation based on agricultural wealth. But farms soak up 85 per cent of the country’s water, above global averages, according to think-tank the World Water Council.

While improving yields and allocating more land to farmers could boost production, those measures will not keep up with growing demand, said Gamal Siam, an agricultural economist at Cairo University.

Egypt’s wheat yields are already among the highest in the world but further production is limited by growing competition between Egypt’s farms and cities for limited land and water.

The Nile Valley, almost the only arable land, makes up five percent of Egypt’s area but is home to 95 percent of its people.

Siam said the “unrealistic” plan would need 80 billion cubic metres of water a year, more than all Egypt’s Nile waters.

More modest reclamation plans in southern Egypt and on the northern coast have been stalled for years for lack of water.

Policies like limiting farming of rice, the thirstiest crop, and encouraging sugar beets instead of water-intensive sugar cane have helped, but don’t address wheat, the main water user.

“Egypt is basically a country that depends on one source of water, the Nile, which is shared by eleven countries,” Benedito Braga, president of the World Water Council, told Reuters.

“So from a strategic point of view the Nile is something of a national security issue for Egypt,” Braga said.

Treaties inked while all neighbours except Ethiopia were colonised grant Egypt three-quarters of the 74 billion cubic metres of annual usable flow, a position it is keen to protect.

But with its regional hegemony faded, others along the river are starting to unlock the Nile’s potential for themselves.

“All options are on the table,” then-President Mohammed Mursi said on the dam last June. “If a single drop of the Nile is lost, our blood will be the alternative.”

Cairo has been more conciliatory of late, with Sisi to visit Ethiopia this summer for talks on the quarter-finished dam.

Siam estimates the dam will hold back 10 billion cubic metres a year for seven years, with more lost to evaporation.

Egypt says it needs its historical veto on Nile projects because upstream countries are more water-secure.

“Egypt is under the water poverty line of 1,000 cubic metres a year per capita, at 700 cubic metres,” Siam said. “And with an increasing population, the problem becomes more serious.”

And whatever farmers such as Sharaf Al-Dein make of the climate change debate, some agencies are predicting shifts in weather patterns could affect Egypt.

“A reduction in rainfall over northern Africa is very likely by the end of the 21st Century,” the UN’s Intergovernmental Panel on Climate Change warned in a 2013 report that also expected Egypt’s temperature to rise by one to two degrees Celsius by the end of the century.

Taken together with the dam and demographics, it will be tougher than ever to feed Egyptians from Egyptian soil.

“For thousands of years we’ve become used to overusing water, it was considered free. An Egyptian farmer will tell you, ‘You don’t own water. Water is from god,'” said Adel Beshai, economist at the American University in Cairo.

“In the coming decade we will have to learn very fast to rationalise water use.”