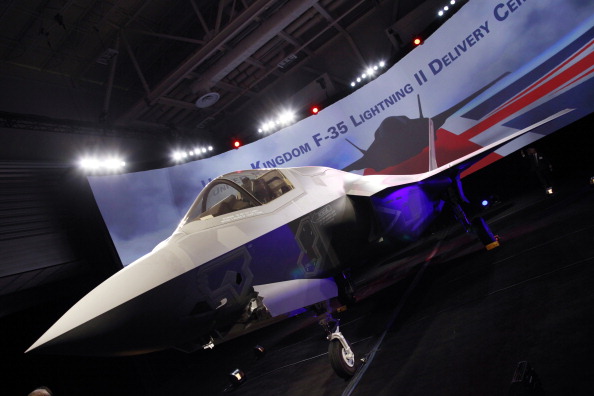 Strong demand from Gulf countries for Lockheed Martin Corp’s F-35 fighter jet has prompted Washington to grapple with the thorny question about releasing the jet to the region sooner than expected, a senior U.S. defense official said.

Washington has already approved sales of the new stealth fighter to a range of allies, including Turkey, South Korea, Japan and Israel, but sales to the Gulf require a deeper review given U.S. policy guidelines that call for Israel to maintain a qualitative military edge in the Middle East.

Talk about selling the plane to the United Arab Emirates and other U.S. allies in the Gulf came into the open during the Dubai air show last month, with potential buyers weighing whether to buy existing planes or wait for the U.S. government to release the new radar-evading F-35.

Government officials and industry experts have said they do not expect Washington to allow the sale of the F-35 to Gulf countries until around 2020, just short of five years after Israel receives its first F-35 fighters in 2016.

The senior U.S. official said the depth of interest in the new fighter – the Pentagon’s most expensive weapons program – from Gulf countries came as a surprise to some in the U.S. government.

“We in the Defense Department now recognize that there is significant interest there,” said the official, who was not authorized to speak publicly. “We knew eventually we were going to have to face that question, but it’s come upon us a little sooner than we thought and we’re going to have to deal with it.”

Decisions about releasing sensitive technologies for sale to foreign countries are made by the State Department in consultation with the Pentagon and other government agencies.

U.S. government officials and weapons makers have put a bigger focus on foreign arms sales in recent years as a way to offset declines in projected U.S. military spending, and buttress the Obama administration’s drive to build partnerships and help U.S. allies beef up their own military capacities.

The United States is particularly concerned about reassuring Gulf nations that Washington remains committed to Middle East security despite differences over Iran and Syria.

Defense Secretary Chuck Hagel traveled to Bahrain this week and is expected to deliver that message during a meeting with regional defense officials on Saturday.

Israel and Japan have also ordered the jet, and South Korea signaled last month that it also expected to order the F-35.

“The interest in the airplane is coming about simply because it’s getting more mature and people are finally realizing that it’s really going to happen,” said the official.

The $392 billion F-35 program has seen repeated delays and a 70 percent increase in costs over initial estimates, but U.S. officials say the program is making good progress now.

Air Force Lieutenant General Chris Bogdan told a defense conference on Wednesday that the program had a “tragic past,” but the cost of the plane was coming down, flight testing was continuing, and most technical issues had been addressed.