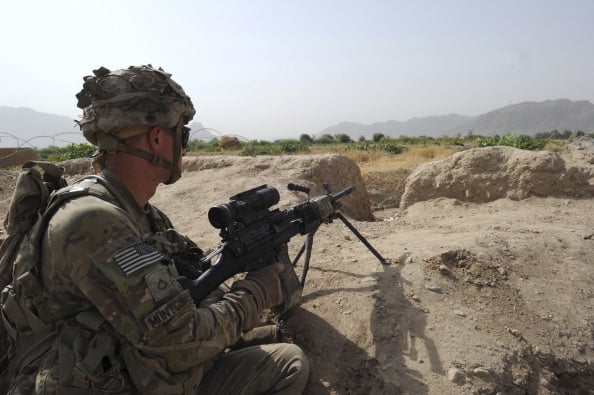 The Pentagon said on Friday it had cut by about a third the list of places where U.S. troops would receive imminent danger pay, dropping locations like Bahrain, Saudi Arabia and the Gulf in a move expected to reduce costs by about $100 million a year.

Still on the list are countries like Afghanistan and Iraq, where the United States fought wars over the last decade, as well as Jordan and Turkey, which border Syria, where a civil war is raging.

The sea near Somalia, where pirates have been active, is on the list. So is Guantanamo Bay, Cuba, the home of the U.S. prison for captured enemy combatants, as well as Israel, Azerbaijan and the city of Athens, Greece.

But gone from the list are Bahrain, which is headquarters to the U.S. Fifth Fleet, plus the waterways of the neighboring Gulf, Arabian Sea and Red Sea, where the Navy regularly deploys its ships.

Kuwait, Qatar, Saudi Arabia, Oman, the United Arab Emirates, Kyrgyzstan and Uzbekistan also were removed from the countries where U.S. forces receive imminent danger pay. The U.S. military has forces in several of those countries as well. In many cases, the airspace above the country or waterway also was removed from the list.

Army Colonel Steve Warren, a Pentagon spokesman, said the Defense Department spent about $500 million on imminent danger pay in 2012. Military personnel receive $7.50 per day when working in areas where they are eligible for the special pay, up to a maximum of $225 per month, he said.

Warren said the decision to drop more than 20 locales from the list followed a regular review and was not budget-driven. The reviews take place every couple of years, he said, with the last one being in 2011.

“This is a routine recertification. … The combatant commands take a look at the security situation in their areas and make recommendations,” he said.

Warren said 194,189 military personnel received imminent danger pay in 2012, the most recent year for which there were records. As a result of the changes, about 50,000 fewer people will receive the pay, reducing costs by about $100 million, he said.

A defense official said the cost reduction would be driven by two main factors – the continuing drawdown of U.S. troops in Afghanistan and the removal from the list of so many places where the United States regularly deploys personnel.