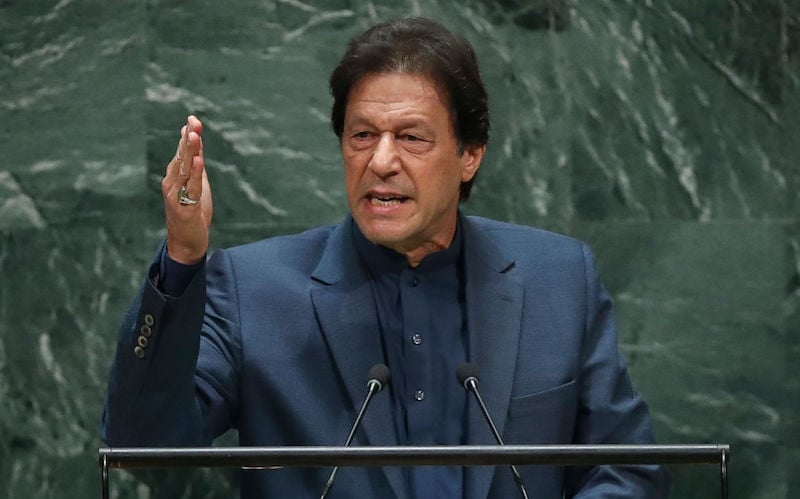 Pakistan is conducting shuttle diplomacy to promote talks between Iran and Saudi Arabia to end a tense standoff that has roiled energy markets and pushed the rival Gulf powers to the brink of war.

During a visit to Iran on Sunday, Prime Minister Imran Khan said he was acting “not as a mediator but as a facilitator” for talks between Tehran and Riyadh, where he’s traveling on Monday. In a statement shown live on Iranian state television, Khan said President Donald Trump had also asked him to help aid a dialogue between Iran and the US over the 2015 nuclear deal.

Coming two days after an Iranian oil tanker was attacked in the Red Sea, the visit is the latest outside attempt to broker some sort of engagement between the oil-rich Persian state, the U.S. and its stalwart regional ally, Saudi Arabia. Earlier efforts by Japan and France have yielded little progress. Khan said he’ll travel to Saudi Arabia with a “positive frame of mind.”

Iran said the tanker was struck by two missiles early Friday. It hasn’t directly blamed Saudi Arabia for the incident and withdrew an initial remark by an official that the rockets probably emanated from the kingdom.

Pressure has been rising in the region since Trump unilaterally withdrew from the international accord with Iran last year and imposed harsh sanctions on the Islamic Republic, vowing to wipe out its crude exports. Saudi Arabia’s oil facilities were attacked last month, briefly slashing global oil output by 5 per cent.

Appearing alongside Khan, Iran’s President Hassan Rouhani said he told the Pakistani premier in their meeting that the US must return to the original nuclear agreement. He said he welcomed any effort to reduce tensions in the region.

Khan – one of several leaders who unsuccessfully tried to broker talks between Trump and Rouhani at the United Nations General Assembly last month – also met with Supreme Leader Ayatollah Ali Khamenei, who pressed him to complete Pakistan’s share of a stalled joint gas pipeline, which Islamabad abandoned in 2014, citing international sanctions at the time.

Khamenei also used his meeting with Khan to warn countries that they would “regret” starting a war with Iran, according to his official website.

The kingdom didn’t ask for Pakistan’s mediation and is waiting for Iran to take the initiative, according to Saudi Minister of State for Foreign Affairs Adel Al-Jubeir.

“It’s really up to Iran, they know what they need to do,” Al-Jubeir said in Riyadh Sunday. “And they need to change their behaviour, their policies, if they want countries to deal with them as with normal countries.”