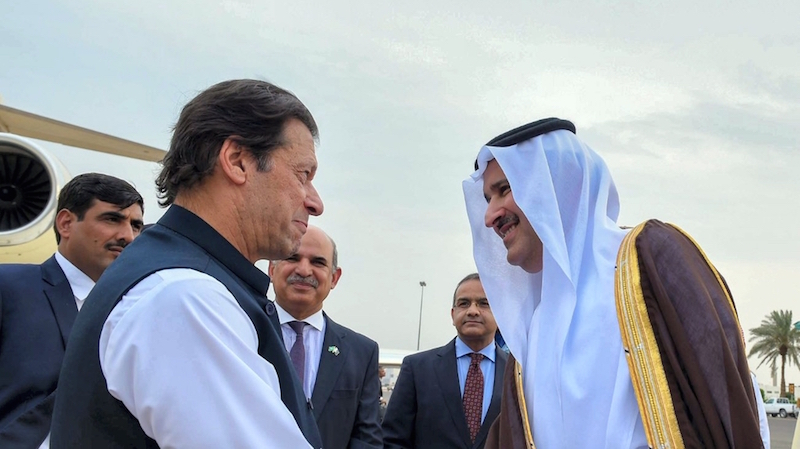 Pakistani Prime Minister Imran Khan arrived on Tuesday in Saudi Arabia where, comments from his finance minister suggest, he will seek financial help to stave off the likelihood of another IMF bailout.

Pakistan is trying to avert a balance of payments crisis stemming from a large current account deficit, and analysts have said they expect it to sign up for what would be its 13th bailout package from the International Monetary Fund since the late 1980s.

But Finance Minister Asad Umar said last month that an IMF rescue was a fallback option and that the government was exploring other avenues for assistance. That was broadly interpreted as seeking help from China and Saudi Arabia, which have both provided Islamabad with vast loans in the past.

In 2014, six months after Pakistan obtained its last IMF bailout, Saudi Arabia loaned it $1.5bn that the government used to strengthen its rupee currency.

Pakistan’s current account deficit widened 43 per cent to $18bn in the fiscal year that ended June 30, while the fiscal deficit has ballooned to 6.6 per cent of gross domestic product.

Khan’s government came to power on the back of assurances to root out corruption and reduce poverty. On Tuesday it announced tax increases for middle and high-income earners and a spike in import duties on luxury products in a bid to raise 183bn rupees ($1.48bn) in additional revenue.