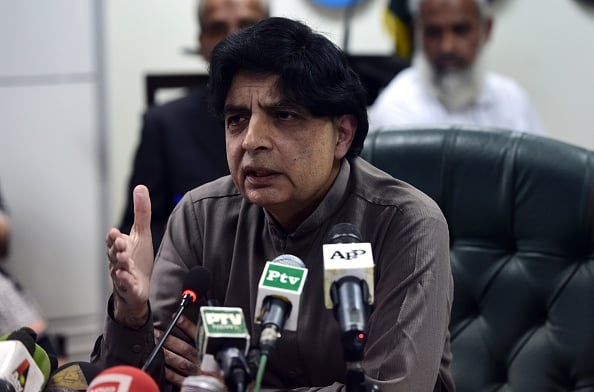 A senior Pakistani official has hit back against the UAE, which criticised the Asian country for not sending military assistance to the Saudi-led coalition fighting Houthi rebels in Yemen.

“This is not only ironic but a thought-provoking moment that a minister of UAE is hurling threats at Pakistan. The statement of the UAE minister is in stark violation of all diplomatic norms prevalent according to the principals of international relations,” he said.

“Pakistan is an honoured nation and has brotherly emotions for the people of UAE along with Saudi Arabia, but this statement of an Emirati minister is equal to an offence against the ego of Pakistan and its people and is unacceptable,” he added.

Pakistan’s parliament passed a resolution late last week deciding not to engage militarily in Yemen’s conflict but has pledged support to its long standing ally Saudi Arabia in the face of any imminent threat to its territory.

While Riyadh downplayed the move, the UAE’s Minister of State for Foreign Affairs Anwar Gargash criticised Pakistan in a series of tweets, accusing it of favouring Tehran, which is allied with the Houthis.

He also noted that Pakistan’s decision showed that upholding the security situation in Yemen remained the sole responsibility of the Arab states.

The Saudi-led coalition began airstrikes against Houthi rebels in Yemen on March 26, with the aim of restoring the government under President Abd-Rabbu Mansour Hadi.

Last week, a defence ministry spokesperson confirmed that 500 Houthi fighters had been killed in clashes on the border since the conflict began.