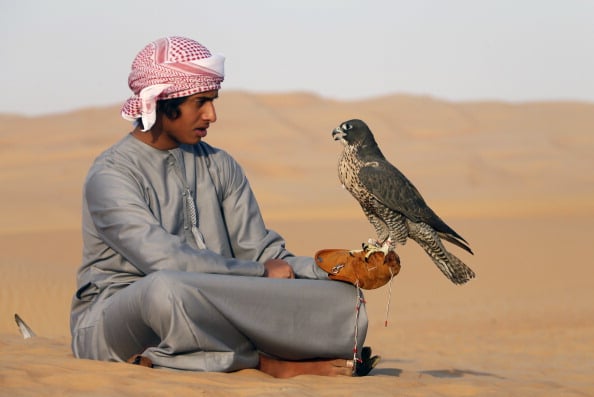 Wildlife officials in Pakistan fined a Qatari prince and seized two of his prized hunting falcons after he was discovered illegally hunting a rare bird species, an official said on Thursday.

The confiscated falcons – which can be worth upwards of $250,000 each – were released into the wild this week, said Khan Malook, a district wildlife officer in the northwestern province of Khyber Pakhtunkhwa.

The Qatari was discovered hunting houbara bustards, listed as a vulnerable species by the International Union for Conservation of Nature, in the area in mid-January, he said.

Pakistan has come under fire from conservationists for granting permits for hunting bustards to wealthy Gulf Arabs, for whom falconry is a revered cultural tradition.

The sheikh, however, had no permit for hunting, Malook said.