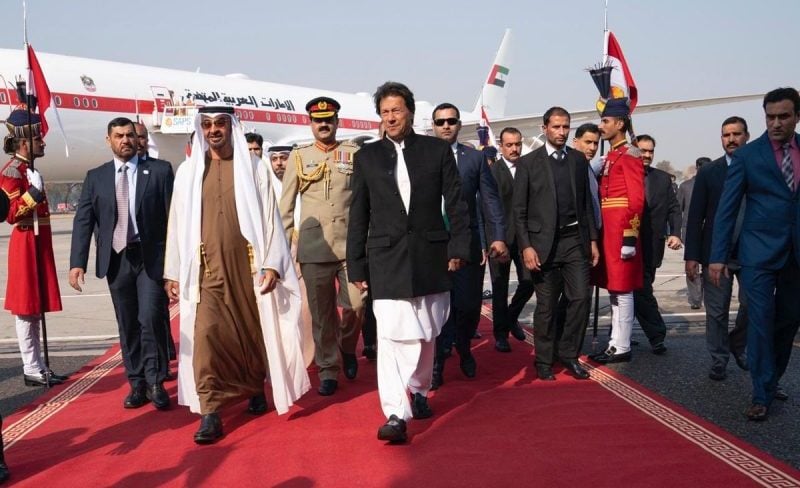 “The $3bn package which has already been announced was formalised,” the government’s top spokesman, information minister Fawad Chaudhry, told a news conference.

Chaudhry did not give any details about any further assistance through deferred oil payments, which he said late last year the UAE would be extending to Pakistan on top of the loan.

Nor did he give details of the interest rate on the $3bn loan.

However, Pakistan’s English-language daily Dawn quoted Chaudhry as saying the loan had been given on an interest rate of 2.8 per cent, and that the UAE would be giving another $3.2bn for the supply of oil on deferred payment.

Pakistan has been facing an economic crisis due to depleting foreign reserves and a widening current account deficit since the government of Prime Minister Imran Khan took office in August.

Khan, who has been critical of foreign loans throughout his political career, had no option but to seek financial support from friendly countries besides approaching the International Monetary Fund (IMF) for a bailout.

Pakistan secured a $3bn loan from Saudi Arabia and a similar amount every year in oil supply on deferred payment for three years.

Pakistan has also been trying to get loans from neighbouring China, which has pledged nearly $60bn for energy and road and rail infrastructure projects as part of the Belt and Road Initiative (BRI), known as China Pakistan Economic Corridor (CPEC).

Last week, in response to a Financial Times report that China had agreed to lend Pakistan $2bn to bolster foreign exchange reserves, Foreign Ministry spokesman Lu Kang said China would continue to provide support to Pakistan “in the form of aid, trade, investment and in other ways”.

After several rounds of talks late last year, discussions with the IMF broke for unexplained reasons, although Pakistan said it was already taking most of the steps the IMF required, including steps to bridge the budget deficit, more revenue collection and devaluation of the rupee.

Pakistan expects the talks to resume this month.