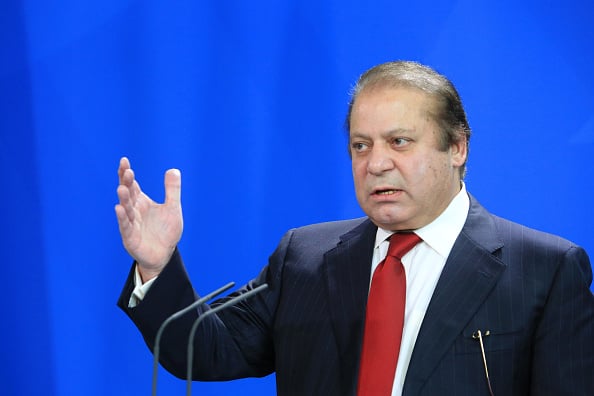 Pakistan is to intensify diplomatic efforts to try to resolve the crisis in Yemen, Prime Minister Nawaz Sharif said on Monday, days after his Gulf allies criticised Pakistan for not joining a Saudi-led coalition conducting air strikes there.

“Pakistan will intensify its diplomatic efforts in the coming days, in consultation with the leadership of Saudi Arabia, to resolve the crisis,” Sharif said Monday.

“We believe that the restoration of President Hadi’s government will be an important step forward towards establishing peace in Yemen.”

The Houthi advance towards the Yemeni city of Aden forced President Abd-Rabbu Mansour Hadi to flee to Riyadh last month and triggered the Saudi-led air strikes to try to drive back the rebels, who share their Shi’ite faith with Iran.

Pakistani legislators fear that joining the coalition could anger Iran and inflame a sectarian conflict at home where about a fifth of the population is Shi’ite. Attacks on Shi’ites in Pakistan are increasing, further destabilising the nuclear-armed nation of 180 million people.

Pakistan has strong economic, religious and military ties to Saudi Arabia but also a long border with Iran in a mineral-rich region plagued by a separatist insurgency.

Tehran does not recognise Hadi as Yemen’s president but says it has not given military support to the Houthis, who have long complained of exclusion from power in Yemen and seized the capital Sanaa in September.

After parliament rejected the Saudi request, the minister of state for foreign affairs in the United Arab Emirates criticised Pakistan for not joining the coalition.

But Sharif has sought to reassure the Saudis by repeatedly saying he will defend any threat to Saudi Arabia’s “territorial integrity”, without defining what the threat could be or what action he would take.