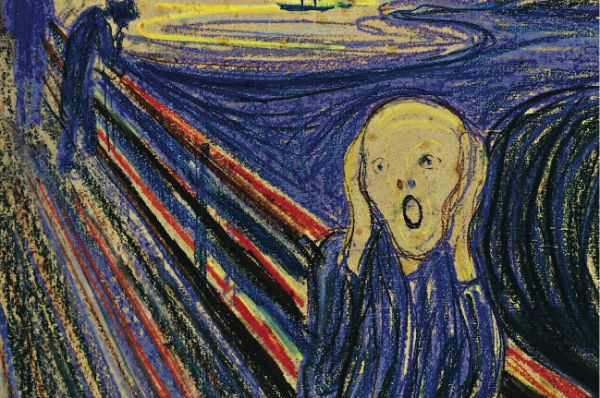 Experts say that luxury art in 2012 was all about the auction scene thanks to the sale of Edvard Munch’s ‘The Scream’ at Sotheby’s. The iconic work went under the hammer in May, finally selling for $119,922,500.

The masterpiece is one of four versions created by Munch and the only one that is privately owned.

Worldwide, global revenues in art touched $11.57 billion versus $2 billion in 2010. In the Gulf, demand has remained strong, although the auction circuit still has some maturing to do.

Meagan Horsman, director of the XVA Gallery in Dubai, one of the foremost contemporary art galleries in the Middle East, said: “Local buyers and collectors are always interested in adding to their collection, and have continued to do so during 2012.

The demand for new artists and interesting pieces is certainly growing, as well as works by more well- established artists.

“The Arab Spring has, of course, impacted artists and the art being made within the region. However, time will tell if it has truly affected the art market in particular. Sanctions have certainly made some countries difficult to work with,” said Horsman.

In particular, she said there is growing demand in the Middle East for Pakistani Contemporary. In response, the gallery held the Adjacent & Across exhibition in September, showcasing works by two female Pakistani artists, Faiza Butt and Simeen Farhat.

Horsman said: “Dubai is certainly a unique city, especially when it comes to the art scene, but I am sure you will see more interest and investment throughout other Middle Eastern cities over the next decade – especially once the Guggenheim and Louvre museums open in Abu Dhabi. With the opening of Mathaf Museum in Qatar, Doha is certainly one to watch.

“The art market suffered, as did other markets, during the financial crisis, and it has slowly become more stable again. A major difference I see now is that at XVA Gallery our clients are making more informed purchases, doing research and asking the right questions,” Horsman added.

Yet, Dubai’s art scene has come in for some criticism after the exit of auction house Bonhams.

Words like ‘booming’ and blossoming’ were used to describe the emirate’s nascent contemporary art market five years ago as auctions racked up one record-setting sale after the other.

But then the global financial crisis hit in 2008, and the revenues of both Christie’s and Bonhams took sharp dives.

Christie’s, which continues to have a presence in Dubai, held its 12th auction in April but revenues are nowhere near the $20 million seen in 2008. The highest since then for a regular auction was $7.9 million in April last year.

Experts say that there is promise in Dubai and the rest of the GCC but it needs time to mature if it is ever to rival the influential network of museums, galleries and dealers found in London or New York.