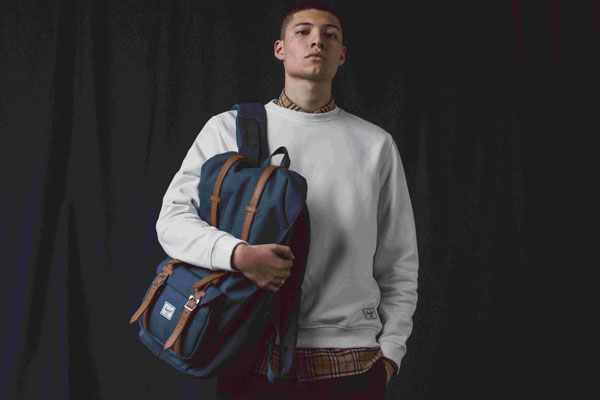 When the co-founder of Canadian backpack and accessories brand Herschel Supply visited Dubai for the first time in February, he admits his eyes were somewhat opened to new possibilities.

“It’s my first trip to Dubai, so it was a great excuse to get to the region and surround myself with peers and other though leaders in the industry and learn a lot,” says Lyndon Cormack, speaking to Gulf Business shortly after attending the Retail Summit in February.

“Dubai is incredible, and to have not been here before seems like I’ve been missing out a little bit. The world can do a lot of learning from this region and the progressive nature that it takes towards everything from hospitality to food and beverage to retail. It’s been a really great trip.”

Founded by Cormack and his brother Jamie in 2009, the Vancouver-based backpack company is something of a global phenomenon. Fast growth in its first year saw the brothers selling to Canada, the US, Japan and Australia in its first season, with expansion to the UK, Hong Kong, and other territories within its first 12 months

The brand now sells in 94 countries worldwide, and finally arrived in the Gulf three years ago, with six stores across the UAE, Bahrain, Saudi Arabia and Qatar. And Cormack reveals he is excited by prospects in the region.

“We’ve seen exponential growth here, having started from a zero base,” he says.

“Some of the really fun projects and meetings behind the scenes are about how do we activate in this region to feel like it’s really a part of our brand rather than just a place where we sell stuff.

“I think growth will speed up a lot once we figure out how we tell the most important stories for the region and showcase our products in what they do best, taking people on journeys, creating memories, creating stories. That’s what we do best as a brand.

“So I think there’s a really cool opportunity to continue to collaborate with our consumers and let them take us on journeys, and let them define what the next wave of growth looks like us in the region.”

And for Cormack, Dubai in particular holds a lot of promise – especially given the similarities with his home country. “We’re a melting-pot society, we’re multicultural, we’ve grown up as a country that’s had a massive growth through immigration, we’re inclusive, we’re diverse, we’re a country that celebrates all people, and I think that I see that a lot here in Dubai as well,” he explains.

“As a global city that wants to promote the best in everything, I could see us having some pretty substantial retail here in the future. And beyond just places where people can buy stuff. It’s a really good opportunity for Herschel to tell our brand story and allow people to be surrounded by art and creativity and individuality and really show off our love of architecture and design and experience. I think Dubai is a pretty good landscape to do so.”