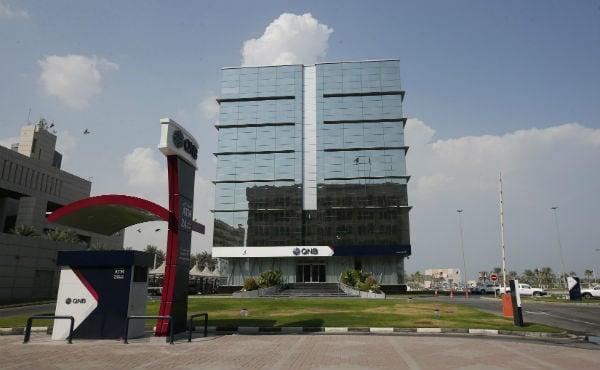 Qatari banks are bulking up to play a role in funding the country’s massive infrastructure expansion. But in a country which is already overbanked by some measures, they may risk becoming too big.

Doha Bank, Qatar’s fifth-largest lender by market value and part-owned by the country’s sovereign wealth fund, announced plans in October to increase its share capital by 50 per cent in the first quarter of next year, raising about $1.6 billion.

Other Qatari banks have tapped debt markets this year. Qatar Islamic Bank, the country’s largest Islamic lender, returned to the global debt market after a two-year absence with a $750 million sukuk sale earlier this month.

“For the infrastructure projects, local banks want to be in the game, and they will be given priority by the government,” said Robert Pramberger, acting head of asset management at The First Investor in Doha.

“They need to get the money from somewhere, and they’ll want it to be an equal combination of debt and equity.”

An analyst with a Qatari bank, who declined to be named because of the commercial sensitivity of the subject, said he believed the central bank would want to make sure that local lenders took a large slice of the infrastructure business, rather than leaving it to foreign banks.

“There will be a huge incentive for local lenders to raise capital to meet the demand. Banks here are hoping to make quite a lot of money.

“I’m sure the central bank and other authorities are encouraging local banks to bolster their balance sheets, so that they can take advantage of project bonds and other opportunities.”

The Qatari government has allocated 40 per cent of its budget between now and 2016 to fund a string of mega-projects, including $5.5 billion for a deepwater seaport, $20 billion for roads and a $17.5 billion new airport.

It also aims to build a $36 billion metro in Doha that will link stadiums for the 2022 World Cup soccer tournament, as well as a 490 kilometre (305 mile) rail line linking Saudi Arabia and Bahrain through Qatar as part of a planned regional network.

Infrastructure spending will average over 10 per cent of gross domestic product ahead of the World Cup, with activity in the construction sector likely to peak around 2015, the state planning authority has said.

“Qatari banks have a great opportunity with the financing of infrastructure projects,” said a second analyst with a Doha-based bank. “They will have a major home-player advantage in pricing the risk of particular loans, and understanding when and if there is an effective government guarantee to a project and when there isn’t.”

Exploiting this advantage will not be simple, however. Qatar National Bank (QNB), the country’s largest bank, had total assets of $96.4 billion at the end of September, the bank said – much smaller than levels of around $2 trillion for the top international banks. Commercial Bank of Qatar, the second biggest, had assets of $21 billion.

“Every contractor will have to post a performance bond, and most local banks won’t be able to carry that themselves. They’ll need working capital to get into the performance bond business,” the second analyst said.

“Many other banks in the region are well-capitalised and will be looking for a slice of the action, so they are likely to face more pricing pressure than they have been used to in the past,” the first analyst said.

As a result, Qatari banks may have to band together into syndicates with foreign banks to enable them to meet the financing requirements. Other Gulf lenders may play a prominent role in the syndicates, as Western banks hold back because of financial pressures back home.

“These projects are of a huge size, and they can’t be done on an individual basis. I think you’ll see the rise of regional syndicates, as opposed to international syndicates, for all of the projects leading up to 2022,” said Commercial Bank of Qatar group chief executive Andrew Stevens.

“Many international banks, especially those in the West, are preoccupied with internal matters, particularly deleveraging as well as looking at their own capital adequacy requirements. That would preclude them from participating in some of these big projects.”

But Qatari banks’ growth will carry risks. There are 18 banks operating in a nation with a population of only 1.8 million, including four Islamic banks and seven foreign-owned lenders such as European behemoths HSBC and BNP Paribas .

Average return on equity for banks in Qatar fell to 18.6 per cent in 2011 from a peak of 30.4 per cent in 2007, according to data compiled by QNB – still a comfortable level by current Western standards, but a worrying trend if it continues.

“At the moment, any growth banks are engendering in the private sector is minimal, and is likely to be taken from one another. There’s a fair degree of competitive pinching going on,” Commercial Bank of Qatar’s Stevens said.

“We’re overbanked. There are too many banks. We need a larger share of the business, and it’s a very competitive market.”

While government spending continues rising through 2015, there may be enough business for everyone in the crowded market. But as pre-World Cup infrastructure projects start to wind down late this decade, banks may begin to feel heavy pressure on their profits.

Stevens said one solution to this prospect would be consolidation of the industry, with banks streamlining or merging some operations. But so far, he said, there has been no sign that banks are willing to begin this.

Pramberger said that for now, the banking cake in Qatar would be large enough for everybody, but “consolidation will be a topic at a later stage, once the infrastructure build slows down.”

The first Qatari bank analyst noted that growth in demand for lending would not continue indefinitely in Qatar, and that authorities might eventually have to step in to encourage consolidation in the banking sector.

“At some point, banks will have to ask themselves whether there is scope for all of them. And the central bank will have to encourage some sort of rationalisation of the industry.

“There will come a point where they want to make sure the banks are as efficient as possible.”