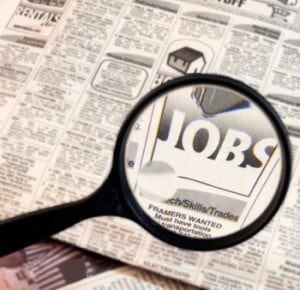 The majority of employees in the MENA region are hoping to get a better job next year, according to a new survey by recruitment portal Bayt.com.

While changing jobs was the top work-related resolution for 65.3 per cent of the survey’s respondents in 2013, 8.1 per cent said that their resolution was to get a higher salary, and 7.8 per cent stated they planned to pursuer higher education.

The survey also found that 34 per cent of the respondents were pleased with their personal and professional growth in 2012, and 75.3 per cent claimed they were positive about 2013.

While 73.6 per cent of respondents have year-end appraisals every year, 15 per cent don’t have appraisals in their companies, said Bayt.

Almost half – 48 per cent – of the respondents plan to request a higher salary for 2013, and 19 per cent are hoping for a higher position or better title.

The system of year-end appraisals is regarded as highly effective by 63 per cent of employees, while 17.3 per cent believe that appraisals should be year-round, rather than just towards the year’s completion.

“Assessing an individual’s job performance and productivity is key to ensuring employee growth and satisfaction,” Suhail Masri, VP of Sales at Bayt.com said in a statement.

“From an employer’s perspective, this system enables them to boost employees’ confidence, identify strengths and weaknesses and improve overall effectiveness,” he added.

The survey also found that on a personal front, of those who have made resolutions for the next year, 19.1 per cent would like to save more money, 17.8 per cent intend to enhance their personal grooming, 12.8 per cent are looking to spend more quality time with family and 9.2 per cent plan on taking additional time off from work.