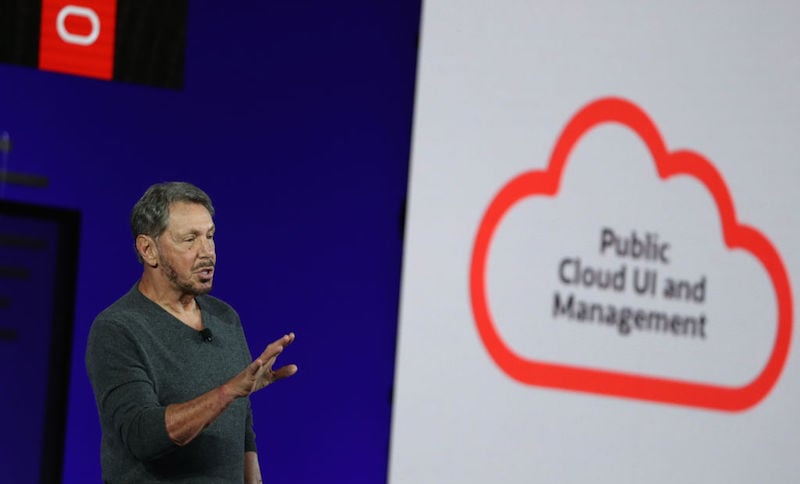 Oracle plans to open two cloud data centres in the UAE and and two in Saudi Arabia as it looks to drive regional business growth, it announced on Monday.

The company will launch 20 new cloud data centres worldwide by the end of 2020 in the US, Canada, Brazil, UK, EU, Japan, South Korea, Australia and India, among others, it was announced at OpenWorld, Oracle’s annual user conference in San Francisco.

Oracle expects to open an average of one data centre every 23 days over the next 15 months (17 commercial and three government).

They will provide regional customers access to services including its autonomous database as well as Oracle fusion applications.

The company opened its first data centre in the Middle East in Abu Dhabi earlier this year, offering cloud storage to customers across the region.

Read more: How Oracle is leading the GCC’s cloud revolution

“Unlike other cloud providers, Oracle is committed to offer a second region for disaster recovery in every country where we launch Oracle Cloud Infrastructure services.”

Oracle Cloud has opened 12 regions in the past year and currently operates 16 regions globally — 11 commercial and five government. The new centres will increase Oracle Cloud Infrastructure regions to 36.

Oracle also unveiled an autonomous Linux operating system that runs without the need for human oversight at OpenWorld.

Ellison said the operating system, which the company’s Autonomous Database runs on, will update itself without any downtime.

Oracle also announced a variety of changes and new programmes to bolster its partner ecosystem:

* Oracle unveiled an agreement with VMware to bring virtualisation software to Oracle’s cloud, similar to deals VMware has signed with Microsoft and Google.

* Customers will be able to buy software made by other companies in the Oracle Cloud Marketplace, which may help company partners including Cisco Systems and Palo Alto Networks.

* Ellison said Oracle would offer a free version of its Cloud Infrastructure, giving developers, students and others perpetual access to the company’s autonomous database, computing and storage.