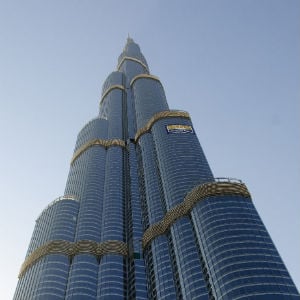 Open Skies, Emirates’ inflight magazine, announced that it will produce its Dubai-themed June issue from the highest office in the world- at the Burj Khalifa. The magazine, available free for all Emirates passengers, will be produced 154 storeys above the ground in a as yet unused triplex at the very top of the tower over a three-day period.

The Open Skies team will be documenting their work in the offices using time-lapse cameras from the top of the building, which will also be used to capture sunrises and sunsets.

“We will be live-editing the magazine and interviewing some of the city’s most creative people – everything will be captured on camera, in print, on podcast and on video – it will really be immersive 360 degree publishing,” said editor Conor Purcell.

“While the Burj Khalifa has been open for some time now, the floors we’ll be working from – at the very top of the tower – are brand new, so we’ll be the first people to use the space commercially,” said senior editor Mark Evans.

The Open Skies team will be welcoming media and business leaders from Dubai and the UAE to their Burj Khalifa offices from May 8-10.