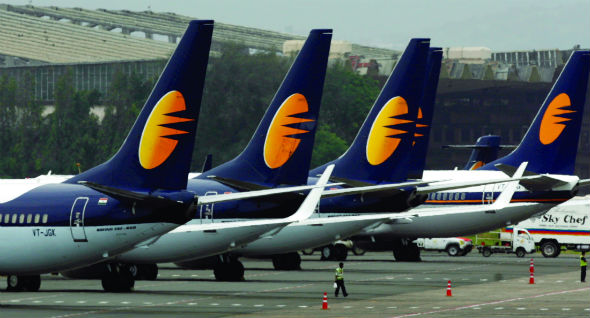 India’s reputation as a bastion of protectionism may have softened in recent decades, but one area where the Indian government is keen to protect domestic business is in the field of aviation.

Alarmed by the rise of the Gulf carriers, India has stood foursquare behind its airlines, setting caps on the extent to which Gulf airlines can avail themselves of traffic from the sub-continent.

But no investigation of competition between airlines in the Gulf and India fighting for the same traffic can begin without looking at the truly parlous
state of domestic aviation in India today. Research by the CAPA Centre for Aviation shows that huge losses are continuing and the situation looks unlikely to improve quickly.

According to CAPA, India’s airlines lost a staggering $1.65 billion in the last financial year, an improvement at least on the $2.2 billion lost from 2011 to 2012.

In addition, Indian airlines are said to have severe debt levels which are likely to prove burdensome if not resolved soon. “India’s airlines have an estimated combined debt of approximately $14.5 billion (with additional vendor-related liabilities of around $2 billion), compared with an average cash position of just $500–550 million,” the CAPA report said.

“Aggressive discounting during the traditionally weak period between January and March resulted in losses of $700 million during this quarter alone (close to $500 million if Kingfisher is excluded),” CAPA said, commenting on the Indian airlines’ FY2013 performance.

In the international space, for the first time last year, Emirates became the biggest player by market share in traffic to and from India, with just over 12 per cent of the highly fragmented market. IndiGo, today India’s most successful air carrier, as a domestic-only player does not figure in this metric.

In its 2012-13 annual report, Emirates tacitly admitted that competition was growing on these routes, as revenue attributable to the West Asia and Indian Ocean geographical segment fell to 10 per cent, from 11.5 per cent in the previous financial year, a sure sign of increasing pricing pressures.

To date, flydubai lists only Ahmedabad, Hyderabad and Lucknow as its Indian destinations, while officials in Dubai have complained that India has sought to limit the UAE’s access to its market.

According to Dubai Airports officials, Emirates has since 2008 faced a cap of 50,000 seats a week for flights from 10 Indian destinations, with the Indian government reluctant to increase this number, fearing damage to the prospects of airlines like SpiceJet, Air India, AI Express, and Jet Airways.

Almost inevitably, given the strains on the Indian players, the upshot is that Etihad, with a strong track record of investing in global, especially European airlines, has won cabinet approval to require a 24 per cent stake in Jet Airway for $33 million.

In addition, news reports say Etihad hopes to increase daily flights to India and said it would move to double daily and triple daily on certain routes.
Conflicting forces are acting on domestic and international airfares in India. The weak rupee is driving domestic fares up, while competition between various local and regional airlines is forcing them down.

A recent check of Emirates’ website reveals that flights to India cost only around Dhs1,000, well below the more inflated prices for journeys to other destinations. It’s safe to say that when all is said and done, the end-user, at least, stands to benefit from the prevailing situation.