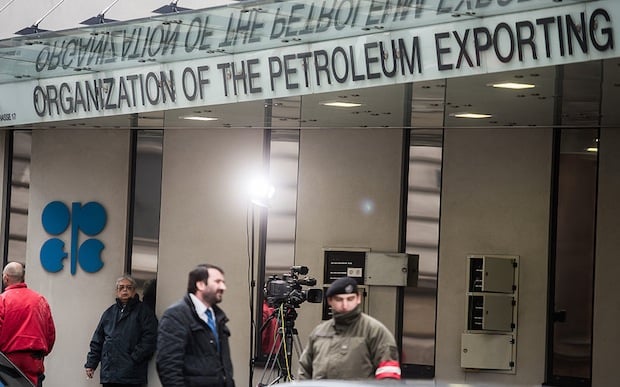 OPEC+ consulted with a Chinese ambassador as it conducted an urgent assessment of how the coronavirus may hurt oil demand, and what measures the group could take in response.

The unusual appearance at the cartel’s headquarters of Wang Qun, China’s ambassador to international organizations in Vienna, underscores how the outbreak has upended the global market. Crude sank below $50 a barrel in New York for the first time in more than a year on Monday on signs that fuel consumption in the world’s biggest oil importer has plunged as much as 20%.

Wang is attending a meeting of technical experts from the Organization of Petroleum Exporting Countries and its allies as they try to evaluate the disease’s impact. That’s no easy task as the respiratory disease continues to infect and kill more people, while causing massive economic disruption.

Economists have cut China’s growth forecasts as the impact on businesses grows and BP Plc predicted the epidemic could wipe out about a third of global oil demand growth this year.

“For oil markets, this is the worst crisis, at the worst place, and the worst time,” said Roger Diwan, vice president of financial services at IHS Markit Ltd. “OPEC has no option but to cut production as China is going to buy a lot less crude.”

The JTC’s assessment may help determine whether the 23-nation alliance – which pumps about half the world’s oil – convenes an emergency ministerial meeting later this month to consider new production cuts. Saudi Arabia, OPEC’s biggest member, has been pushing for such a gathering, but has faced some reluctance from Russia.

OPEC+ only just started a fresh round of deeper cutbacks last month, the latest step in a three-year effort to prevent plentiful U.S. shale supplies putting the global market into surplus. But the outlook has deteriorated rapidly in the last few weeks as the coronavirus curbs air traffic and slows China’s economy.

“Given oil’s fast and furious fall – and the havoc that it could wreak on government finances across the producer group — it looks like they don’t believe they have the luxury of time,” said Helima Croft, chief commodities analyst at RBC Capital Markets LLC.

OPEC’s research department in Vienna has prepared two scenarios with different estimates of how the virus may affect oil consumption, according to a delegate, who asked not to be identified because the information is private.

The average price of crude sold by OPEC members was $55.51 a barrel on Monday, far below the levels that most of them need to cover government spending.

While West Texas Intermediate, the U.S. benchmark, rose 1.3% on Tuesday, that’s just the second increase since Jan. 17. The U.S. benchmark slipped below $50 on Monday for the first time in more than a year.

While Riyadh has urged fellow producers to meet and act, there’s so far been a more cautious attitude from its most important partner, Russia. Though not an OPEC member itself, Moscow has proved to be an influential voice since the OPEC+ alliance was established three years ago.

Moscow doesn’t face the same budgetary need for elevated oil prices as most OPEC members. Energy Minister Alexander Novak said on Tuesday his country is prepared to meet this month, and intervene if necessary, but the impact of the virus should be assessed first.

Delegates from both Saudi Arabia and Russia will attend the JTC, which also includes Algeria, Iraq, Kazakhstan, Kuwait, Nigeria and the United Arab Emirates.