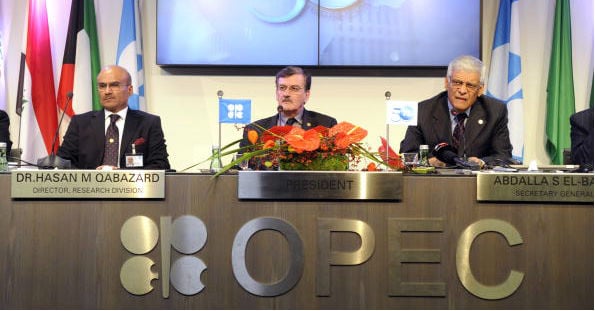 OPEC has appointed a Saudi Arabian candidate as its head of research over an Iranian, OPEC delegates told Reuters on Tuesday following a meeting at the organization’s headquarters in Vienna.

Saudi Aramco’s Omar Abdulhamid was appointed as the head of research, the second most senior post at OPEC after the secretary general, replacing Kuwait’s Hasan Qabazard.

The other candidate was Iran’s Hojatollah Ghanimifard. Delegates said that Abdulhamid was personally recommended by OPEC Secretary General Abdullah al-Badri.

The move may stir tension between Saudi Arabia and Iran over the deadlock in electing a new secretary general, OPEC’s top administrative post and an issue that has been unresolved since last year, an OPEC delegate said.

“Having a Saudi candidate take OPEC’s research post, which is the second most important role in the group, might cause Iran to say that the secretary general can’t be Saudi,” said the delegate.

The secretary general is the main representative on the world stage of the producer group, helps formulate its output policy and is in charge of OPEC’s Vienna secretariat.

OPEC’s panel who met in Vienna over the weekend, consisting of OPEC governors – officials who represent their countries on the board of governors – is only deciding criteria for the postholder. Oil ministers will then have the tough task of appointing a candidate.

Delegates who attended the conference said that they had agreed on the criteria, however some of the recommendations that were made from Iran such as mandatory government experience were not included.

Last year’s deadlock over the appointment of a new secretary general highlighted political tensions within the group that have increased due to Western sanctions on Iran. In a break with tradition, OPEC in December reappointed Badri, a Libyan, for a third term after candidates from Saudi Arabia, Iran and Iraq failed to gain a consensus.

This could change, say OPEC delegates, once the issue goes before OPEC oil ministers at the group’s May 31 meeting in Vienna, where they will also decide OPEC’s output policy for the second half of 2013.

Some delegates believe that another compromise is needed to break the deadlock. “I cant imagine that Saudi or Iran will win, a compromise must be reached with another country nominating a candidate,” said an OPEC delegate.

Saudi Cuts Oil Output In May