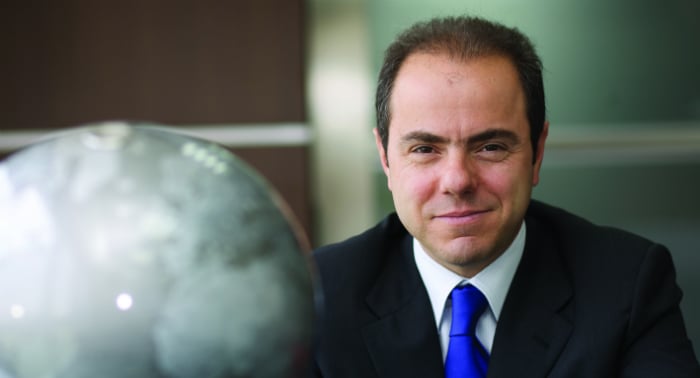 During this year’s Media Network of the Year judging, we focused on four core areas: the quality and creativity of the work; the success of the management team in steering the ship and communicating the direction of travel; new business wins and overall growth; and awards won.

It proved to be a tough task, with no one shop sweeping the boards at industry awards this year or leading handsomely in any one of the four core areas. But our three leading agencies have been recognised in various guises for consistent, quality campaigns from teams all at the top of their game.

In the end, Omnicom’s OMD was our winner. It was the most awarded media agency of the year, attained year-on-year growth nudging 10 per cent, witnessed 100 per cent regional client retention, achieved a pitch conversion rate of 73 per cent, and created the structural and internal conditions for future growth.

In total, OMD brought home 15 awards during 2013, including a grand prix at the Dubai Lynx for its contribution to Dewar’s ‘A heritage worth reviving’ by Impact BBDO, seven other Lynx trophies, three Effies (including a gold for X Factor Arabia), and four MENA Cristals. Both the Dewar’s and X Factor Arabia wins were notable for what OMD described as ‘ideas that work’.The awards haul was not a performance to set the world on fire by any stretch of the imagination, but was enough to keep OMD ahead of the pack, including its closest rival, Starcom MediaVest Group.

The wins were the result of a concerted effort to spread a culture of innovation and creativity across the network, with OMD continuing to focus on its creative product with the recruitment of Haytham Zogby in November. Previously a creative director at Leo Burnett, he was hired as OMD’s ignition director, with his role designed specifically to help craft ideas that cut across technology, creativity and media to resonate more strongly with consumers.

With $70 million worth of new business billings according to figures provided by OMD, and organic growth of seven per cent, it was a good year in terms of overall growth given the prevailing market conditions. The agency picked up or retained 14 clients, including Jumeirah, Al Jazeera Sport, the UAE Ministry of Interior and the Saudi Ministry of Health, while the only losses came as a result of global alignments. The network also witnessed a 19 per cent increase in digital investment from its clients and a 12 per cent rise in content investment, which counter balanced a fall in monitored billings, which are, in any case, notoriously misleading.

At the forefront of this drive for growth has been Nadim Samara, who returned to the region after a five-and-a-half year stint at OMD New York to assume the management of OMD in the UAE. What’s more, the architect and founder of OMD in the region, Elie Khouri (now CEO of the Omnicom Media Group MENA), has continued to be fully involved in the performance of the network, particularly following the relocation of Shadi Kandil, the CEO of OMD MENA, to Canada in September. Khouri has assumed the acting CEO role, overlooking a network that includes Choucrallah Abou Samra, CEO of Omnicom Media Group in Saudi Arabia, and Wissam Najjar, who is based in Lebanon and is responsible for the Levant and Iraq.

The agency revitalised its innovation and digital offerings based on its newly deployed ‘Vision’ operating system, introduced video-neutral planning and made structural changes to balance agility with scale. It also deployed a proprietary product that shifted the agency from targeting to prospecting, with OMD now able to rely on a combined data pool of media, consumer, sales, actual digital behavioural and bespoke research to prospect for the highest return consumer and invest in their relevant media.

In 2013, OMD, as part of Omnicom Media Group MENA, was also named one of the UAE’s best places to work for the second year in a row. This reflected the network’s principle that people come before product and profits. As Khouri says: “For the past decade, we have been grooming our next generation of talent to assume the leadership of OMD. Being a future-ready agency can only start from within, our people, building on the foundation of our experience and being resolutely driven by better.”