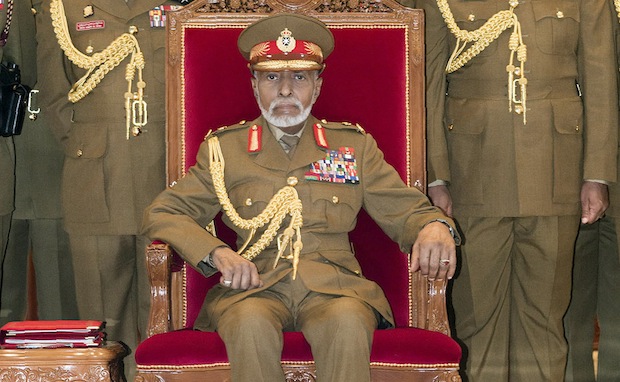 Wearing a military uniform, Qaboos appeared in good health as he was welcomed by high-ranking military and civilian officials before presiding over the parade.

The 76-year old Western-backed Qaboos had received a number of visitors in recent months, including U.S. Secretary of State John Kerry last week, but no visual images had emerged from his last two meetings.

Qaboos returned to Oman in April after a trip to Germany where he underwent medical checks. He had previously spent eight months there for medical reasons before returning home in March last year, fueling concern over succession.

At the time of his previous trip to Germany between July 2014 and March 2015, some Omanis had expressed concern about reports the sultan was suffering from colon cancer. The authorities have not commented on those reports.

The Arabian Peninsula state has been ruled by Qaboos since he took over from his father in a bloodless coup with the help of Oman’s former colonial power, Britain, in 1970.

Since then, he has helped to transform an impoverished backwater riven by internal conflict into a prosperous state that plays a small but important role in regional diplomacy.