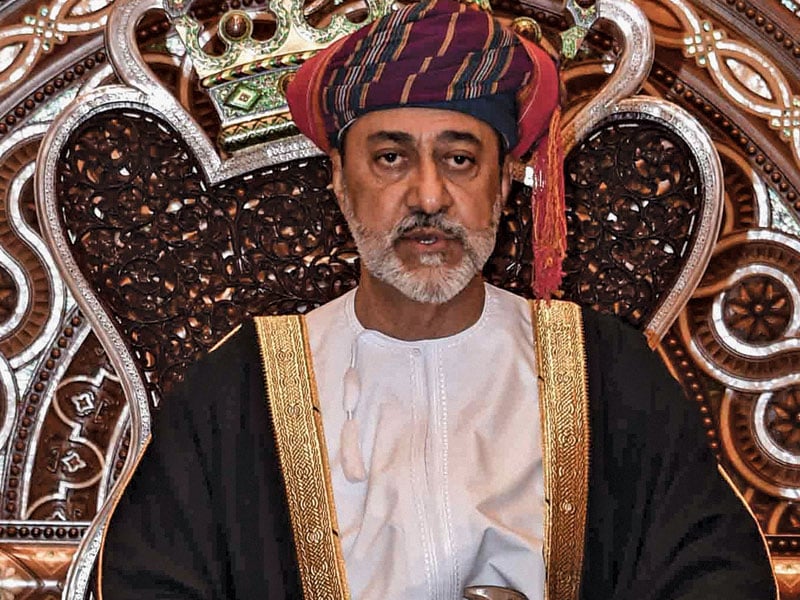 New monarchs, now as throughout history, are expected to begin their reign with a display of royal generosity — handouts and subsidies for all, rewards and plum jobs for those who’ve been especially loyal, pardons and amnesties for those who haven’t.

This is doubly true for the newly crowned heads of oil-rich states, who theoretically have more largesse to distribute. And double again for those who succeed long-reigning and popular rulers: Opening the coffers is a good way to dispel end-of-an-era anxieties.

Every now and again, a fresh prince goes the other way, starting their reign with a display of brute strength — a cull of courtiers, repressive new measures, and sundry other signals of uncompromising kingly will.

Happily, Oman’s new ruler has chosen neither option. Instead, Sultan Haitham bin Tariq Al Said has started with a statement of intent that bodes well for his country, even if it portends trouble for his rule.

Omanis have welcomed Haitham’s smooth accession to the throne after the 50-year reign of his predecessor, and cousin, Sultan Qaboos, arguably the region’s most popular ruler in the modern era. The appearance of continuity is helped by Haitham’s retention, at least for now, of Qaboos’s top officials — a sign that he is resisting the temptation to apportion power among his own sons and brothers.

But the depth of the goodwill toward the new monarch will be tested by his handling of the economy, which is burdened by debt and relies too much on oil exports. Here, Haitham seems willing to break with his predecessor, potentially incurring the wrath of young Omanis.

Emerging from the traditional 40-day mourning period last week, Haitham offered his 4 million subjects no freebies — not even extravagant promises. Instead, he signaled that he would prioritize getting the sultanate’s books in order, even if this meant unpopular steps.

Raising revenues and lowering Oman’s debt would, he warned in his first televised address, require a “complete revision” of government companies.

In truth, Haitham doesn’t have the luxury of largesse. Oman, the Arabian world’s largest producer of crude outside the Organization of Petroleum Exporting Countries, has posted deficits since oil prices slumped in 2014. The shortfall this year is expected to reach 8.4 per cent of gross domestic product; the International Monetary Fund (IMF) forecasts no surpluses until at least 2024.

The government plans to borrow 2 billion rials ($5.2bn) this year to bridge most of the deficit. But it also has four dollar bonds maturing in 2021 and 2022 — and Oman’s debt has junk ratings from all three major agencies.

A comprehensive reform of the government sector is crucial to setting right Oman’s lopsided economy, as the new sultan knows: One of his many previous jobs was as chairman of the “Vision 2040” committee, which was tasked by Sultan Qaboos with crafting economic and social development strategy.

The government is far and away the largest employer; and 87 per cent of job-seekers want careers in the public sector.

Like its neighbors on the Arabian Peninsula, Oman must develop other forms of revenue and employment. The urgency of this has been underlined by a new IMF warning that, amid falling oil demand, the Arab monarchies will fritter away their oil wealth in the next 15 years. A vibrant private sector is crucial to weaning Oman off its chronic dependency on oil revenues.

There is plenty of potential for investment and employment in other areas, such as tourism and ports. But reform of the government sector will require job cuts, and at least in the short term, swell the ranks of the unemployed — thought to be around 17 per cent. That could bring jobless young Omanis into the streets, presenting Haitham with his first crisis as ruler.

He knows what Qaboos would have done. The old sultan used government jobs — plus an assortment of handouts — to quell protests during the Arab Spring of 2011.

He did so again last year, promising to create new state jobs after protests against unemployment.

Will the new monarch stick to his resolve to reform the economy, or lapse into the habits that made those reforms necessary?

As I wrote when Haitham was named sultan, Qaboos left him with both a blessing and a curse. Both are already on full display.