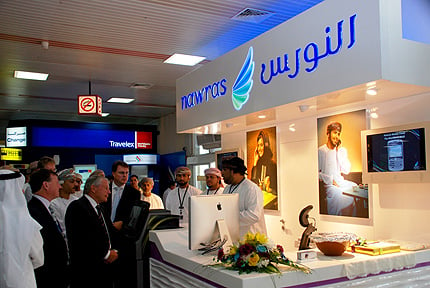 Nawras, majority-owned by Ooredoo (Qatar Telecom), made a net profit of OMR7.7 million ($20 million) in the three months to March 31, down from OMR9.8 million in the year-earlier period.

Margins at Gulf telecom operators are under sustained pressure as subscribers increasingly switch to Internet-based communications such as instant messaging and Voice over IP (VoIP) services.

First-quarter revenue was OMR48.2 million, Nawras said in a statement. This compares with OMR46.8 million a year ago.

Nawras attributed the revenue increase to rising income from fixed and mobile data and international calls, although income from text and domestic calls fell. The company did not provide a revenue breakdown.

The operator had 2.23 million fixed and mobile customers as of March 31, up 12.3 per cent from a year earlier.

In January, Nawras said its 2012 annual profit fell 22.2 per cent from a year earlier.