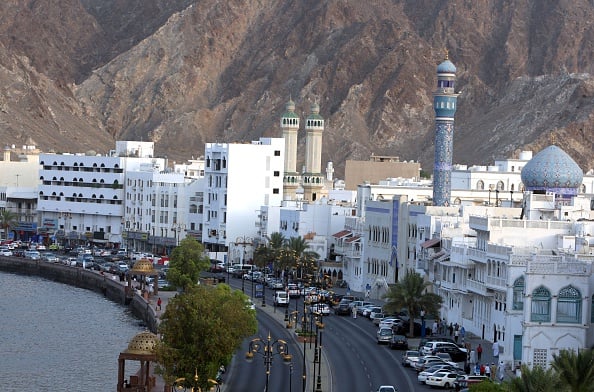 Oman’s ambitious goal of building the biggest oil-storage facility in the Middle East is finally progressing, more than seven years after the Gulf sultanate announced the plan.

Oman Tank Terminal Co. (OTTCO) has almost finished constructing eight tanks to store crude for a new refinery near the town of Duqm on the Arabian Sea. It’s now pushing ahead with others that could be used by oil companies and traders, according to two people with knowledge of the project. That would increase Duqm’s capacity to at least 25 million barrels, according to OTTCO’s website.

The Ras Markaz Crude Oil Park could provide an alternative for energy traders and exporters eager to avoid the Strait of Hormuz, a choke-point that’s seen numerous flareups in recent years, including Iranian seizures of tankers.

The Omani facility lies roughly 600 miles (966 kilometers) from the waterway. The United Arab Emirates port of Fujairah, the region’s largest hub with 14 million barrels of commercial crude-storage capacity, is less than 100 miles from Hormuz.

“Crude storage that anybody can use outside the Strait of Hormuz, that can go either east or west, is probably a good thing,” said Alan Gelder, vice president for refining, chemicals and oil markets at consultant Wood Mackenzie Ltd.

Iraq and Kuwait, a co-investor in the refinery, might see Duqm as an attractive place to park their crude outside the Gulf, he said.

Oil storage shot to prominence in March and April when coronavirus lockdowns caused demand for energy to collapse. Traders and producers struggled to find enough space for their unwanted crude, with many turning tankers into makeshift, floating warehouses to absorb the unprecedented glut.

Terminal operators at Fujairah had to turn down requests for storage in April because they’d run out.

Leasing the tanks would provide extra revenue for Oman, whose finances have been battered this year by the virus and fall in oil prices. Its budget deficit is forecast to swell to 17 per cent of gross domestic product in 2020, and the government has discussed asking other Gulf states for financial aid.

Seven Years
When OTTCO unveiled its plans in 2013, it said Ras Markaz would eventually be able to store 200 million barrels — almost 15 times Fujairah’s capacity. The company and state-controlled parent firm OQ declined to comment on whether that was still the aim.

The Duqm refinery is scheduled to start next year and the eight tanks will be able to hold 5.7 million barrels. They should be ready by the first quarter of 2021.

OTTCO’s plans for the expanded tank farm still hinge on finding co-financiers as well as companies to book the storage.

Excluding the refinery, Oman invested about $350m in the first stage of the Duqm special economic zone, where Raz Markaz is located. Some three-quarters of that was funded by the Asian Infrastructure Investment Bank, whose largest shareholder is China.

Oman sent almost 90 per cent of its oil exports in May to China.

OTTCO faces a more immediate challenge after Duqm was sealed off last week due to a spate of virus infections, further complicating planning and construction.