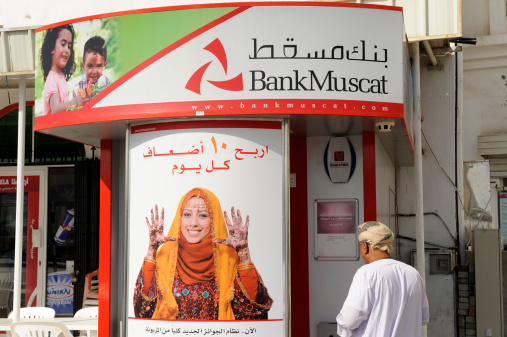 Oman’s new Islamic banking rules could encourage the development of a larger pool of sharia scholars and ultimately help to raise operating standards for them around the world, according to bankers and scholars.

Last month, the sultanate’s central bank released an extensive Islamic banking rulebook which included provisions for sharia scholars, such as fit-and-proper criteria and term limits on scholars’ appointment to sharia boards, which decide whether products and activities obey Islamic principles.

Oman is the last country in the six-nation Gulf Cooperation Council to introduce Islamic banking, but the level of detail in the rules could help set it apart from the others, and even give it some influence over global trends in the industry.

“I admire the positive spirit behind many articles in the law, which aims to achieve a higher level of good governance and avoidance of conflicts,” said Washington-based scholar Muddassir Siddiqui, president and chief executive of ShariahPath Consultants LLC.

“Oman came from behind but it is now among the very few jurisdictions to introduce such a comprehensive set of rules. I am sure it will inspire others to follow.”

The objectives behind the rules include enlarging the pool of qualified scholars as well as addressing issues of scholar capacity and conflict of interest, Siddiqui added.

Capacity refers to the amount of time scholars can devote to each of their board appointments; multiple commitments raise concerns that scholars may not be able to carry out their supervisory roles effectively.

In an attempt to build a larger talent pool, Oman’s rules state that scholars can only be appointed for three-year terms and serve a maximum of two consecutive terms, thus requiring banks to hire new scholars periodically.

Such term limits are rare in Islamic finance, where scholar appointments have often been considered long-term or even permanent.

“I believe this is a good practice as it will provide an avenue to more scholars to share their expertise in the deliberation of a sharia supervisory board (SSB),” Mohamad Akram Laldin, executive director at the Malaysian-based International Sharia Research Academy for Islamic Finance, told Reuters.

Both Laldin and Siddiqui are members of the sharia standards committee at the Bahrain-based Accounting and Auditing Organization for Islamic Financial Institutions (AAOIFI), a major standard-setting body.

AAOIFI, recognising that lengthy appointments “could lead to a close relationship which could be perceived to be a threat to independence and objectivity”, recommends that institutions rotate at least one sharia board member every five years. But Oman’s rules go further by applying term limits to all members.

Oman’s rules struck a chord in the Islamic finance community because loose regulation of scholars is acknowledged by many people in the industry to be a major weakness, and an obstacle to growth.

There have been a series of calls for reform in the industry and AAOIFI has said it will conduct consultations on how sharia boards operate.

A final draft of its conclusions is not expected to be ready before the end of this year at the earliest, however, and analysts warned that it remained to be seen whether Oman’s approach would be adopted in other jurisidictions where entrenched interests might be reluctant to change.

Some analysts said Oman’s rules would need to be complemented by other initiatives, to avoid potential bottlenecks forming in the industry.

“A scholar development program needs to be developed in parallel with this initiative,” said Laldin, also a member of the sharia board of Malaysia’s central bank and the Bahrain-based International Islamic Financial Market.

If young talent cannot be groomed, the available pool of scholars may not be big enough, turning the rules into a cosmetic procedure in which the same scholars simply rotate from one board to another, Laldin said.

Also, for Oman’s approach to be adopted elsewhere, it may have to yield clear, near-term benefits that encourage others to imitate it.

“Taking into account the experience of Malaysia, when it ruled that scholars cannot sit on multiple boards, no other countries followed in imposing a similar restriction,” Laldin noted.

Jamsheed Hamza, senior manager of the Islamic banking division of Oman’s Bank Dhofar, said one likely benefit of the Omani rules would be keeping costs down.

“The scarcity of scholars as well as the demand for a few prominent names have taken the SSB cost to a very high level. In contrast, the restriction by the regulator as well as the opportunity of grooming more scholars will surely pin down the cost to a more reasonable level.”

In Oman, there will initially be demand for scholars from eight institutions: two new, full-fledged Islamic banks, Bank Nizwa and Al Izz International Bank, and the Islamic windows of six conventional banks.

Each bank will need a sharia board comprising at least three scholars, who will not be allowed to serve in two competing Islamic financial institutions within the country.

Oman will also need a sharia board at the central bank level to manage implementation and monitor adherence to rules, similar to the set-up in Malaysia, Siddiqui added. He serves on the sharia board of Oman’s Bank Sohar and the Fiqh Council of North America.