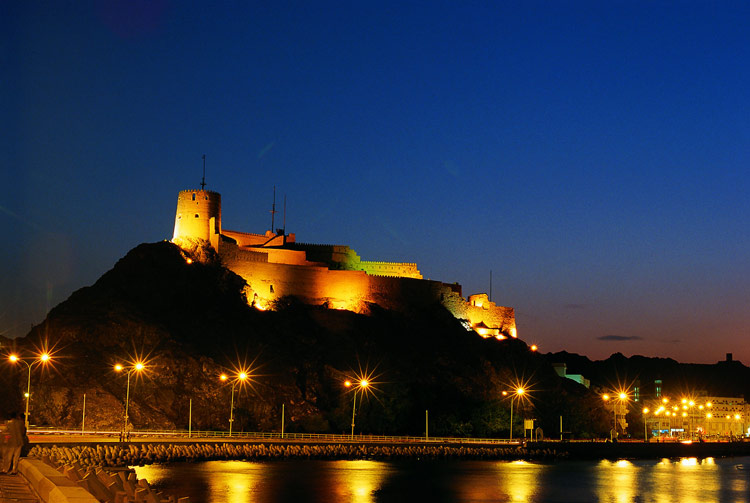 After emerging from the global crisis relatively unharmed, the small sultanate of 2.8 million people plotted a radical new course for its economic and political future. As far as watershed moments go, for Oman 2011 was a big one.

Public spending pledges soared to historic highs and the regime’s political power was questioned for the first time in 40 years. The Arab Spring protests forced long-standing leader Sultan Qaboos bin Said to promise an extra $2.6 billion in spending and 50,000 new jobs among other measures.

There was also talk of increased powers for his advisory councils – quasi-parliamentary bodies with limited legislative powers. The councils’ advisory role has so far remained unchanged but 44,000 new government jobs were created last year.

The country was less affected by the economic downturn compared to its more internationally exposed Gulf counterparts. It also hasn’t suffered high levels of a popular backlash.

The Omani market has some compelling statistics, according to Ewan Stirling, CEO of HSBC Bank in Oman. “It’s a stable, fast growing GCC economy with a young population – around 40 per cent are under 19 years old. And, I think we’ve seen real signs of the economy being diversified away from oil and gas and towards trade.

This means that the country is taking tangible steps to look to its next stage of development as a trading centre, away from hydrocarbons.”

Like all other uprisings last year though, it was the young population that caused a stir. In response to the months of street protests early last year, Sultan Qaboos spoke to the advisory councils about the importance of jobs for youth.

“We call on the private and public sectors to employ as many young people as possible to serve the development of our country,” he said in November.

The protests were contained mainly with promises of jobs, pension and salary hikes, as well as discussions about loosening Sultan Qaboos’ decision- making process. This has led to further political uncertainty though as talk quickly turned to Qaboos’ legacy. At 71, he has not named a successor, which sparked fervent debate about the future leadership of the country.

Political stability in Oman is important since it sits on the Strait of Hormuz, through which almost a fifth of oil traded worldwide passes, with Iran on the other side.

Many in the country fear conflict within the family or among key groups within the system when Sultan Qaboos is no longer master of the scene.

Whoever next leads Oman will face pressing demands to create tens of thousands of private sector jobs as the recent social measures have stretched the budget and there is simmering resentment about the 800,000 expatriates with jobs there.

Few expect the febrile developments witnessed in Bahrain in recent months, but there will be keen eyes watching the Omani populace for the foreseeable future. Few would disagree that the situation is critical to long-term stability.

Last year Oman opened its doors to Islamic finance, a remarkable step considering it was until that point the only member of the six-member GCC bloc to disallow Shari’ah banking. It was initially brushed off by some international observers given the relative size of the market compared to Saudi Arabia or further afield in Malaysia. But banks and other financial services companies have since been scrambling to apply for Islamic licences, with many forecasting that the sector will be a key engine for financial and economic prosperity in the future.

Activity in Islamic advisory and Takaful – Islamic insurance – increased at the end of 2011 following the approvals for the establishment of two Islamic banks, Bank Nizwa and Al-Izz International Bank.

Bank Nizwa attracted $1.77 billion of bids in its initial public offer of shares in May, 11 times the sum which it was raising. The bank listed on the Muscat Securities Market in June.

But the game-changer will surely be BankMuscat, the country’s largest bank.

It is preparing to enter the market with its Islamic window Meethaq, which most agree will be a crucial moment in the growth of the industry.

BankMuscat has assets worth over $18 billion, with 1.2 million customers in Oman. This size means it will have the ability to transform disciplines like corporate banking, retail banking, investment banking and asset management.

Key to this will be creating a firewall between Islamic and conventional banking services. AbdulRazak Ali Issa, CEO of BankMuscat, said: “We’ve built a very strong system to ensure the segregation of funds between the Meethaq window and its conventional counterpart.”

Issa has initially assigned $390 million capital for Meethaq and is training some 250 staff in Islamic finance through bespoke courses. “The Bank has also announced a three-member Shariah board comprising some of the brightest minds in Islamic finance. The Meethaq window will hold aloft BankMuscat’s legacy in terms of standard of excellence, customer-centric service and transparency while delivering Islamic financial services,” he added.

In the conventional financial world, the biggest news recently has been the merger between HSBC’s operations in the country and Oman International Bank. HSBC, Europe’s biggest bank, will retain a 51 per cent stake in the enlarged operation.

Analysts say it is part of HSBC’s planned pull-out of countries where it is unprofitable or lacks scale. The bank says it will look to tap into OIB’s vast network.

Omani GDP growth is forecast to be higher than that of many developed and emerging economies, including many in the Gulf. BankMuscat’s Issa is also optimistic, perhaps unsurprisingly, about Oman’s future economic prospects.

“The outlook for Oman’s economy for the next five years is positive as the government has announced an expenditure of $111 billion during the Eighth Five-Year Plan between 2011 and 2015. The total projected revenue for the five year period is estimated at $98 billion, leaving a deficit of $13.6 billion.”

Oman recently raised its budget by 23 per cent to $26 billion this year compared to its original projection for 2011. The 2012 plan includes almost 96 per cent of last year’s actual expenditure, which was boosted by extra spending.

It also booked a budget surplus of $2 billion in the first two months of 2012. It must be said though that none of this could have been achieved without the benefit of high oil prices.

Islamic finance will contribute to some of the future growth. In February, the Islamic Development Bank said it had approved $594 million in Islamically-financed undertakings in Oman, ranging from road building projects and health projects through to building technical colleges.

There’s little doubt that if Oman can prevent politics from boiling over then the economic and financial landscape looks upbeat. It might indeed have the largest potential in the region. It seems to have blunted the force of dissent for now, but for rulers in the Middle East little can be taken for granted.
If this year is not handled prudently, 2012 could prove to be another big moment for the sultanate for all the wrong reasons.