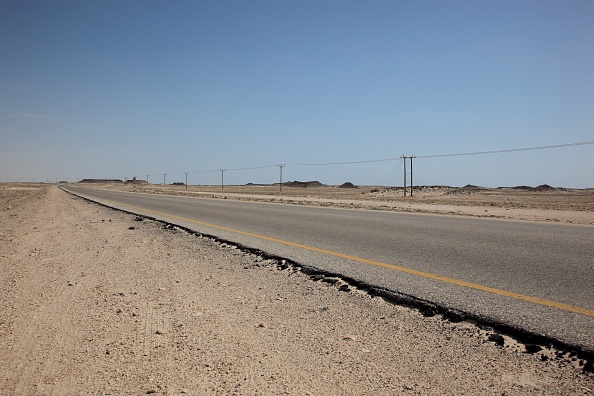 Oman is preparing to open a new road that will cut journey times to Saudi Arabia in half by passing through the world’s largest desert.

The implementation support and follow-up unit of government diversification programme Tanfeedh is spearheading the project as part of 16 initiatives in the logistics sector.

It will cut the current quickest route between Oman and Saudi Arabia, spanning 1,638km via the UAE, in half with a total length of 680km.

So far more than 130 million cubic metres of sand have been removed to prepare for the opening, according to a Tanfeedh report released last week.

Among the works are a road leading to Saudi Arabia via the city of Ibri.

This will journey through oilfields before reaching the Empty Quarter, the world’s largest uninterrupted sand mass, where the border with Saudi Arabia is located.

Improvements are also planned to make a 52km road between Hafeet and Wadi Saa into a dual carriageway and to build a 45km bypass road next to Ibri, for which a design tender has been awarded to a consultant.

“The opening of the road connecting the Sultanate to Saudi Arabia will contribute to the enhancement of social ties and economic activities between the two countries,” the report text reads, according to Times of Oman.

“It will also facilitate the flow of commercial and investment activities between the two countries and strengthen the sultanate’s position as a regional trading centre.”

The implementation unit said it was working with stakeholders to speed up the opening, although no specific date has been given.

The current road journey from Oman to Saudi Arabia via the UAE takes 16 to 18 hours.

Oman had been planning to implement a rail connection to Saudi Arabia via the UAE as part of a long-proposed Gulf Cooperation Council rail network.

However, the sultanate put the plans on hold when UAE operator Etihad Rail suspended the tender process for the second phase of its network that would have connected with the Saudi and Oman borders in January 2016.

Oman’s Minister of transport and communications Mohammed Al-Futtaisi told the sultanate’s Shoura Council in February that the GCC network was “proceeding at a slow pace” and the country’s commitment depended on the “readiness of the GCC countries”.

This prompted Oman Rail to turn its focus to internal projects like linking key ports and mines.