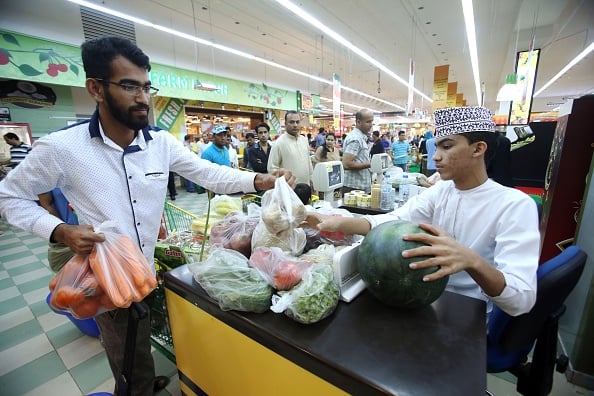 Oman appears set to become the first country in the Gulf Cooperation Council to ban plastic bags from supermarkets.

A Ministry of Environment and Climate Affairs official confirmed the plans following a Shura Council session earlier in the day in which minister Mohammed bin Salim Al Toobi mentioned plans to reduce plastic consumption, according to Times of Oman.

“After studying the market and the types of bags, the decision will see the light of day soon after the final approval from the specifications and standards committee at the Ministry of Commerce and Industry,” the official was quoted as saying.

The use of plastic bags is particularly high across the Gulf region, with separate bags often used to keep meat, dairy and other products apart.

A manager of a supermarket chain told Times of Oman that 75,000 to 80,000 plastic bags are consumed a day at his branch, an average of five per customer.

It was unclear exactly how the ban would be implemented. One proposal involves supermarkets and shops providing paper plastic bags to customers, according to the publication.

Similar schemes have also been discussed in other Gulf countries including the UAE, where as many as 13 billion plastic bags are consumed each year.

In 2016, the Ministry of Environment told members of the emirates’ Federal National Council that it would push shops to look for alternatives to plastic bags having launched an initiative to make the country plastic bag free in 2009.

The previous year 7.6 billion single-use plastic bags were given to customers by supermarkets in England, equivalent to 140 per person, according to government figures.

After introducing the scheme the number of bags used went down by more than 80 per cent.