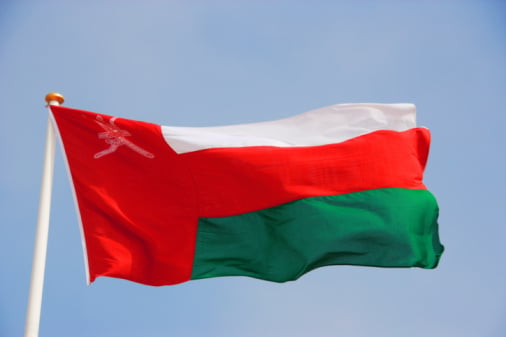 Oman should consider fiscal reforms as a priority because continued growth in public spending may be unsustainable in the long run, its central bank said on Tuesday.

“Fiscal policy reforms aimed at diversifying, broadening, and rationalising the sources of government revenues need to be considered as a matter of priority,” the central bank said in its annual report, published on its website (www.cbo.gov.om).

The small non-OPEC oil exporter has raised its planned budget spending for 2013 by nearly 29 percent compared to last year’s plan, to 12.9 billion rials ($33.5 billion), partly to secure social peace after 2011 protests demanding jobs and an end to corruption.

That deficit was smaller than a shortfall of 113.2 million rials in 2011. But it is a sharp adjustment from the 2012 surplus of 3.2 billion rials which the ministry originally announced.

“Continued expansionary fiscal policy could lead to sustainability challenges in the long run given the finite nature of the resources,” the central bank said.

“Increases in current expenditure are harder to reverse, which could lead to fiscal vulnerability when the oil prices fall.”

The central bank’s warning echoed a report last week by the International Monetary Fund, which said Oman needed to contain state spending and raise non-oil revenue in the medium term to keep its finances sustainable. The IMF predicted Oman’s fiscal deficit could widen to as much as 6.8 per cent of GDP in 2018.

The share of oil income in total fiscal revenue increased to 74.1 per cent last year, from 73.4 per cent in 2011, the central bank report said, citing finance ministry figures.

Oman’s oil reserves are not as vast and cheap to exploit as those of its wealthy neighbours. The oil price which Oman needs to balance its budget rose to $80 per barrel in 2012 from $62 in 2008; it is expected to surge to $120 per barrel by 2018, above projected oil prices, the IMF said. Brent crude oil currently floats around $106.

“There is substantial scope to enhance non-hydrocarbon revenues which could be explored,” the central bank said. “There could be a case for reviewing the exemptions in various taxes and the new sources of revenue for the Government.”

Oman’s tax system allows a five-year exemption for profits, renewable for a further five years for certain sectors. Like other Gulf oil exporters, Oman has no personal income tax.

The IMF said that it would be difficult for Oman to put its state finances on a sustainable footing without changing subsidies, mainly on fuel, adding that domestic fuel prices should be raised gradually.

“An effort is under way to minimise this expenditure item within the framework of broadening government sources of revenues and rationalising existing government expenditure trend,” the central bank said of fuel subsidies.

It did not elaborate on how the subsidies would be minimised. Subsidies on petroleum products rose 5.5 per cent to 1.0 billion rials in 2012, accounting for 53 per cent of the overall 1.9 billion rials of state support for the private sector, the central bank report showed.