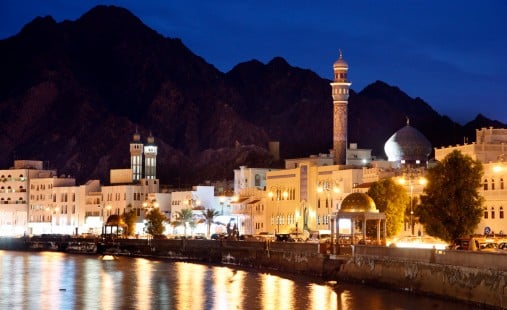 Oman’s government has asked its departments to review policies on hiring of foreign workers, in a sign that the sultanate, like some other Gulf states, may try to shift more jobs from expatriates to its own citizens.

The government asked departments to propose rules on issuing new permits for recruiting foreign workers, and to assess which sectors should be the focus of efforts to employ Omani nationals, state news agency ONA reported on Saturday.

The Council of Ministers, which had been discussing labour issues since December, also said it wanted to identify the type of businesses that Omanis should be encouraged to set up, and to collect data on foreigners who were violating labour laws.

“The discussions came in a bid to regularise the recruitment of manpower as per the real need for them, especially in light of having qualified Omani cadres,” ONA said.

“The Council of Ministers stressed the importance of being serious in enforcing the laws that regulate this issue.”

Government departments should conduct field surveys to ensure that the work of expatriates is compatible with the nature of the jobs for which they are licensed, ONA added.

Social unrest in the Arab world has prompted some of the oil-rich Gulf monarchies to try to cut unemployment among their citizens by reducing companies’ reliance on foreign workers. Saudi Arabia has in the past two years introduced quotas for firms’ hiring of Saudi nationals.

In Oman, which has faced sporadic street protests demanding jobs and denouncing corruption since early 2011, around 1.3 million of the population of about 3.3 million are foreigners, most of them workers brought in to do jobs in the oil, construction and services industries.

The International Monetary Fund estimates unemployment among Omani citizens may have exceeded 20 per cent in 2010. Government officials say that estimate is far too high and that the number of registered unemployed was reduced by three-quarters to about 17,000 last year.

Earlier this month, Financial Affairs Minister Darwish al-Balushi said government spending had created 36,000 jobs for Omanis in 2012; he pledged to create a further 56,000 this year, of which 20,000 would be in the government sector.

But Oman’s fiscal position is much weaker than those of most of the Gulf Arab oil exporters. The IMF has predicted its state budget could slip into the red as soon as 2015, as government spending increases.

Also, Omanis have not been keen to join the private sector, because pay is lower and working hours are longer than for government jobs. Omanis accounted for just 12 per cent of nearly 1.5 million private sector employees in November.

“The government employees work only seven hours a day as opposed to nine hours in the private sector. Pay is also much better in the civil service and security forces,” said Ahmed Saleem, a jobs consultant at recruiter Capital Manpower Co.

“The vacant positions left by Omanis are quickly filled by expatriates, and this may have negative consequences on future Omani job seekers.”

Sultan Qaboos bin Said, 72, who has ruled the small oil exporting country for 42 years, told an advisory council in November that Omanis needed to understand the private sector would be their key source of employment in the long run.

The trend appears to be moving in the opposite direction, however; nearly 180,000 new private sector jobs were filled by foreigners in January-November, a 16 per cent jump from end-2011, while 2,500 Omanis left the sector over the same period.

So fresh restrictions on the employment of foreigners, which could force firms to improve wages and conditions to attract Omanis, may be the only way to meet Oman’s jobs challenge.

“There are half a million youngsters in basic education at the moment and they will all be looking for jobs at one time or another,” said Khamis al-Juma, a labour market analyst. “We must seriously restrict expatriate employment and find a way to attract Omanis to the private sector.”