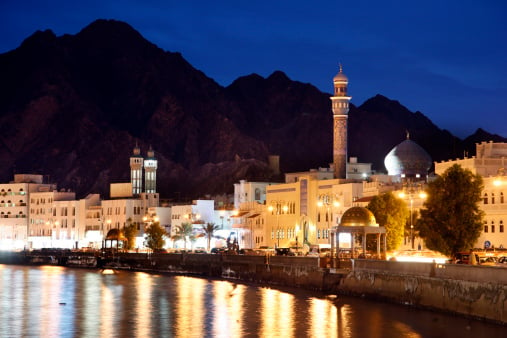 Oman’s economy is continuing to prosper, and the country is expected to post a GDP growth rate of six per cent this year, according to a report by Kuwait Finance House (KFH) Research.

“Oman’s GDP growth has been largely unaffected by the global economic slowdown and financial turmoil. This mainly reflects the continued strength of oil prices associated with a boost in public spending and resilient growth in exports,” said the report.

The government announced a total public expenditure of OMR10 billion ($26 billion) in this year’s state general budget – an increase of OMR800 million over the revised expenditure in 2011.

“With the Euro crisis continuing to worsen, the government maintained its expansionary fiscal policy aiming to support economic growth and keeping inflation at bay,” said the report.

“Given the increased spending, public finances are expected to deteriorate. As such, we expect the budget to post a deficit of 1.3 per cent of GDP in 2012 after a surplus of about 4.7 per cent in 2011.”

Going ahead, most of Oman’s projected growth, up to 70 per cent in 2012, will come from the non-hydrocarbon sector, rather than the oil and gas sector, the report added.

The country’s oil resources are shrinking and are expected to be depleted by 2022. Hence the government is working vigorously on diversifying the economy and aims to decrease the share of the oil sector in the country’s GDP by nine per cent by 2020.

“Over the longer run, the economy depends on making greater inroad towards diversification. Private investment needs to be encouraged, and in order to achieve this, improvements in the business environment should be made,” the report added.