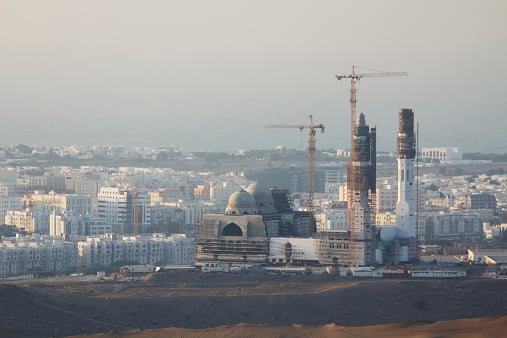 An Omani official has called on companies to send their expatriate workers home if they have run out of funds with which to pay them.

The unnamed representative of the Ministry of Manpower said firms should not put employees in a “dire situation” by keeping them in Oman without salaries and inucurring fines for overstaying labour permits.

The calls follow reports that 80 Indian construction workers have been left without five months of salaries in the labour camp of  Jifnain, 50km from Muscat. Of these 80, around 50 said their labour cards had expired.

Meanwhile, a further 25 workers are said to be stranded in another camp in Al Khoud and another 50 workers in Sawadi, both near Muscat.

The Times of Oman quoted the official as saying: “If companies are not having projects and enough money to pay salaries for workers, then they should send the workers back to their home country. They cannot simply hold back the workers and put them in a dire situation.

“It’s the responsibility of the employer to repatriate the workers. And if fines occur due to overstaying, they have to be paid by the employer.”

Oman’s construction industry has contracted over the last year due to the falling oil prices, which has resulted in hundreds of workers being laid off and sent back to their home countries on a daily basis.

This year up to June, one major construction company in Muscat flew home 5,000 workers after seeing a plummet in new projects.

The boss of the company whose workers in Jifnain have yet to be paid told the Times of Oman  that economic conditions led to the crisis and that they were struggling to attract funding in order to pay workers’ salaries.