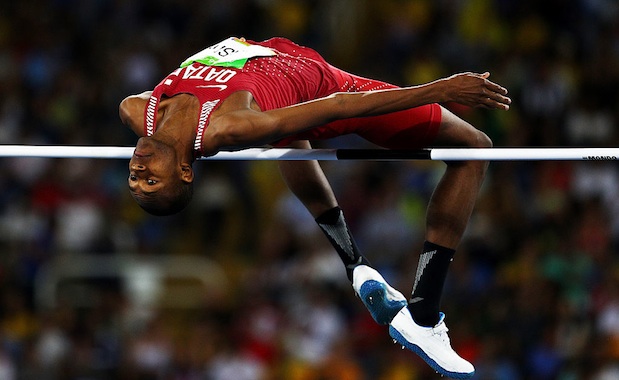 With the Olympic baton having been passed to Japan and the 2020 host city Tokyo, Rio 2016 already feels somewhat of a distant memory.

But the legacy of August’s global competition lives on in both positive and negative ways.

On the one hand, news headlines were dominated by stories of incredible sporting prowess and achievement, while on the other accusations of sexism, racism and bigotry were levelled at organisers, teams, individuals, news outlets and commentators.

As in most years, controversy shadowed the Olympic Games. And despite the Gulf Cooperation Council making little impact on the medal table, the region did not escape attention.

Kuwait is a prime example. Shortly before the end of this year’s event, the International Olympic Committee accused the country of “aggravating” the tensions that led to its ban from the Rio Games.

Last year, the emirate fell foul of rules related to state control over sporting bodies, leading both the IOC and world football body FIFA to suspend it from competition and prompting a long-running war of words.

The most recent spat occurred after Kuwait offered drafts of new laws to the IOC, apparently without prior consultation with the sports organisations that would be affected. In response, the committee said it was disappointed and accused Kuwait of aggravating the situation.

Thankfully Kuwait’s athletes could still compete in Rio as neutrals under the IOC flag – with Fahaid Al Deehani winning gold in the men’s double trap and Abdullah Alrashidi winning bronze in the men’s shooting skeet.

Kuwait has since sacked the board of directors of both its Olympic committee and football association.

Much has also been made of Gulf states’ nationalisation of foreign athletes in a bid to boost their medal chances, with several column inches criticising the practice.

Bahrain secured its first ever Olympic gold medal in the women’s 3,000 metres steeplechase thanks to the efforts of Kenya-born Ruth Jebet, while another Kenya-born runner, Eunice Jepkirui Kirwa, won silver for Bahrain in the women’s marathon.

Qatar has also been in the firing line – with critics pointing out that about two thirds of the country’s 39-person Olympic team was made up of naturalised athletes – and the UAE’s Moldova-born judo bronze medallist Sergiu Toma drew mixed comments on social media, despite his achievement.

But while some suggest the process is against the spirit of the competition, many others argue it is good for sport in general, ensuring the best athletes will be at the Olympics while giving smaller nations encouragement and boosting their enthusiasm for sport and fitness.

It’s this kind of encouragement that Gulf countries need in developing their own national sporting heroes, a number of whom already exist and made their own headlines in Rio.

Mutaz Essa Barshim, for example, won silver for Qatar in the men’s high jump. The Doha-born medallist also picked up bronze at the 2012 games and has a number of gold medals in his collection from other competitions.

If the GCC truly has Olympic-sized sporting ambitions then the achievements of its athletes – nationals or nationalised – need to be used as a foundation for further success.

Money must be spent on developing talent. Support must be given to those hoping to represent their country. Belief and confidence must be instilled in children.

It’s not just about the glory of a gold medal, or the chance to host a prestigious global tournament – there’s much more at stake. With obesity, diabetes and heart disease prevalent across the region, improvements in health and fitness are vital – especially for young people. It goes without saying that a stronger focus on sport will help incredibly.

In an increasingly competitive and fractious social landscape sport will also help foster teamwork, leadership, respect and inclusivity. Admittedly, this year’s Olympics may have struggled to show these elements at times, but we shouldn’t lose sight of the Olympic Charter that promotes ethics, participation, encouragement, support, culture, education, peace, dignity, and other positive principles.

Sport can be a major driver in helping the GCC realise its full potential in these areas, so let’s remember Rio 2016 for its many high points and use them to climb to greater things.