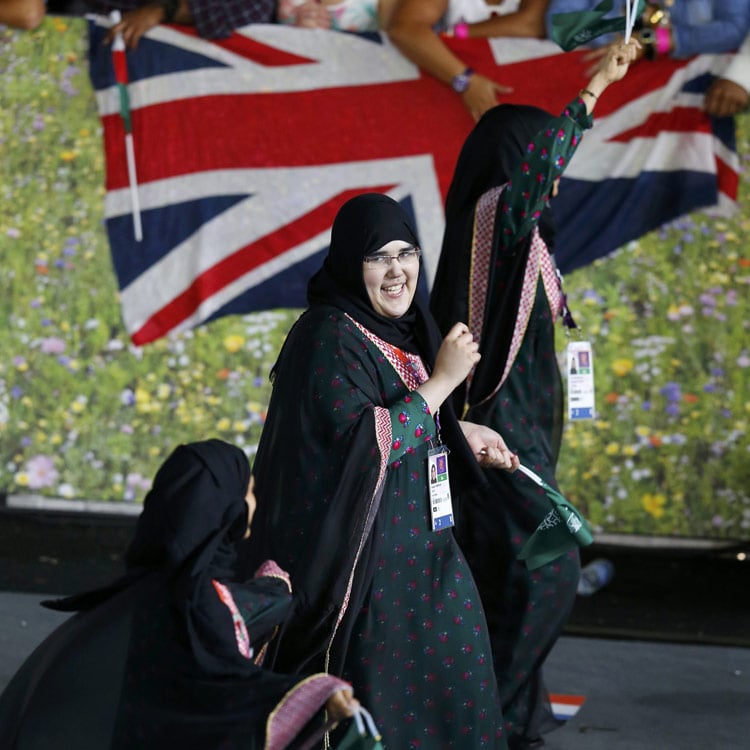 A female Saudi fighter will take part in the Olympic judo competition after being allowed to wear an Islamic headscarf, or hijab, of a specific design, officials said on Monday.

Wojdan Ali Seraj Abdulrahim Shaherkani is one of only two Saudi women to travel to London after the International Olympic Committee (IOC) lobbied the Kingdom to end its refusal to send women to the Games.

But she had said she would only compete if she was allowed to wear the hijab, and judo officials refused, saying it would be dangerous.

A Saudi National Olympic Committee spokeswoman said the committee, the IOC and the International Judo Federation (IJF) had now agreed on an acceptable form for the headscarf.

“They agreed on a design and she will compete wearing this design,” Razan Baker said, adding that she did not know how this design looked.

IJF spokesman Nicolas Messner confirmed that Shaherkani would compete, but declined to give further details.

The IOC this year successfully pressed Saudi Arabia and fellow Muslim nations Qatar and Brunei, the last three countries to refuse to send women to the Olympics, to end their bans.

The Saudi decision to send Shaherkani and teenage 800-metre runner Sarah Attar was praised by IOC President Jacques Rogge at the time. Shaherkani is due to compete in the heavyweight category on Friday.

The IJF’s regulations for the Olympic Games state that no headgear can be worn, and the federation says there could be a danger to fighters if a hijab is inadvertently used for an otherwise legal strangulation grip.