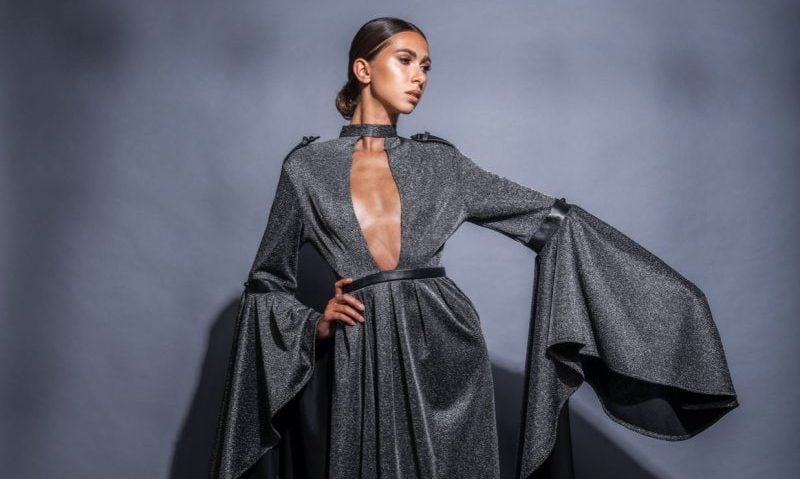 When Jonathan Marc Stein flew to Dubai, he took with him five carry-on bags. Then again, he had good reason: inside those bags were no fewer than 25 different outfits the Los Angeles-based designer will be showcasing at this year’s Arab Fashion Week.

“We somehow fit it in five,” he laughs as he sits in a brightly-lit café in City Walk with plush purple sofas and jewelled light fixtures hanging overhead. “We didn’t want to risk losing anything.”

Fortunately, nothing was lost when he arrived in the desert on Monday, October 7 – just a few days before his first-ever international show, which is slated for Saturday, October 12 at Arab Fashion Week.

Born in Cincinnati in the US state of Ohio, the 24-year-old has previously shown at the likes of New York Fashion Week and LA Fashion Week since establishing his label in 2014, and dressed a whole host of some of the world’s most famous celebrities. And yet, he’s never shown overseas – until now. But why Dubai?

“There’s Paris or London, but I wanted to branch out more,” he says, flashing a bright smile. “My roots are from the region.”

For his international debut, Stein says this will be his most grandiose collection yet. “I’m really hoping it sits well,” he says, adding it’ll combine “the glitz and glam of old Hollywood with modern touches.”

As for materials used? “There’s a lot of leather, which is what I’m known for.” 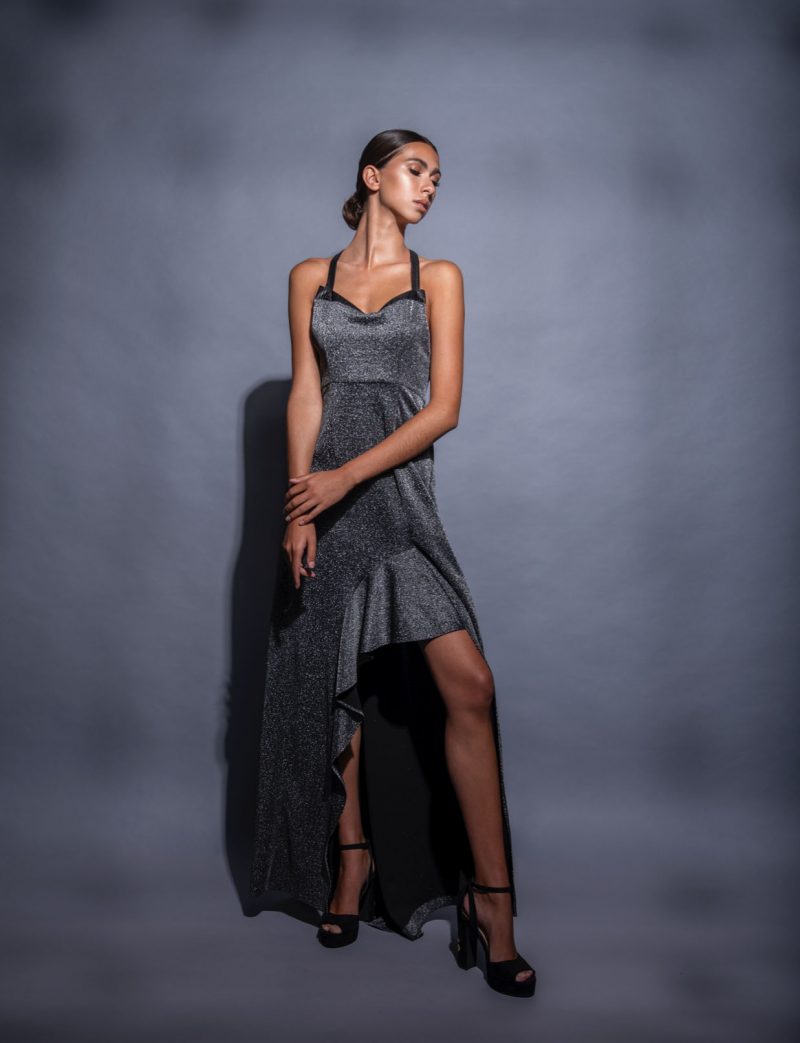 Working on the show “for at least for months,” hardware is also set to be plentiful. So, too, will be sequins and lurex, a type of fabric that has real metal threads going through it.

Although the collection is ambitious to say the least, Stein is quick to also mention it’s slightly more modest than some of his collections can be, to account for regional tastes. “I definitely design for people who want to feel more confident in their skin,” he says as the mid-morning sun filters in, adding body positivity is also a focus.

He quickly adds something else. “But we’ll have a really big finale.”

How, exactly? According to Stein, a “very well-known” celebrity will be flying in from LA to wear the final piece of the collection on the runway. But who is she? Smiling mischievously, he won’t say, but does offer a hint as to how famous she is: “She has about four million followers.”

Big, loud, exciting yet sophisticated: these are some of the words it sounds like will be able to describe Stein’s show. As over-the-top as it might be, he says all the outfits will then be for sale at the 1422 – the Dubai-based spot that’s claimed to be “the world’s first Ready Couture store and the region’s first-ever designer acceleration hub” – along with pieces from his last LA Fashion Week collection.

So, does this mean he might have fewer carry-on bags when he returns to Los Angeles? He’s not entirely sure, “but they’ll probably be a whole lot more empty,” he laughs.

Dramatic entrance with Dream Silk Black Gown ? Couldn’t pick one which one is your favorite 1,2,3?! #BTS with @laurenumansky #JMS #arabfashionweek #1422

Stein is one of more than 40 regional and international designers showing at this year’s Arab Fashion Week. Kicking off on Wednesday, October 9, the event celebrates a wide calendar of fashion shows, pop-ups, presentations and trunk shows, which will be held at 1422 in Dubai.

Arab Fashion Week is the first major event in the region that have introduced the “see now, buy now” concept to the runway, allowing the attendees to buy their looks six months in advance. The concept is back this season with traditional trunk shows enabling buyers to attend a private show in an exclusive salon environment with the designers – and this time it’s being run in partnership with Emirates NBD bank, allowing the bank’s clients to convert loyalty points into “fashion coins” to purchase pieces from the runway collection.

Says Mohammed Aqra Arab Fashion Council head of partnership, about the initiative: “We don’t sit and watch, but we create the desire. Together with our multinational partners, we create the need for the luxury market.”

Adds Jacob Abrian, founder and chief executive officer of the Arab Fashion Council: “This season, we have an all-round approach that will focus on the creative economy. We’ll showcase everything at the verge of adding value to the market. Arab Fashion Week is a powerful entertainment tool that touches the economic growth in the region.”

The retail fashion sector is expected to continue to see even stronger growth from 2019 to 2023, according to the report.

READ: The value of retail fashion in the UAE